I was just thinking yesterday that it’s been over 2 years since Shellie Zimmerman filed for divorce.   Her infamous husband, George Zimmerman, killed unarmed, 17-year old Trayvon Martin on February 26, 2012. He was acquitted in July 2013. Shellie filed for divorce in September 2013.   A default judgment was entered in the case, but George obtained an attorney and asked that the case be reopened to divide assets and debts. The only possible asset was pending, and it was George’s suit against NBC.

Judge Debra Nelson, who also presided over George’s murder trial, dismissed his case against NBC. It went up on appeal and several months ago, the Appellate Court affirmed Judge Nelson’s ruling.

END_OF_DOCUMENT_TOKEN_TO_BE_REPLACED

The Orlando Sentinel reports that paperwork has been filed at the Seminole County criminal courthouse setting forth that Zimmerman says he is giving up his promised fight to make the state pay his legal bills and the hearing on sanctions based on allegations that the State violated rules of discovery. 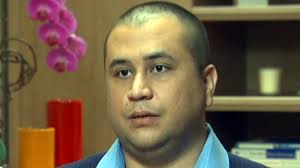 The docket sheet provides that on February 20, 2014, a Notice of Voluntary Dismissal of Any Future Hearings and All Pending Issues was filed in Zimmerman’s criminal case.

END_OF_DOCUMENT_TOKEN_TO_BE_REPLACED

In court proceedings, the saying “Better late than never” does not always apply.

Orlando Sentinel reports that George Zimmerman has retained Tampa lawyer Howard Iken of Ayo & Iken to ask the court to set aside the clerk’s order of default entered against him three weeks ago in his divorce case.

Shellie Zimmerman, George’s wife, was charged with perjury following a bond hearing where she misrepresented her knowledge of the couple’s assets.  Just after the verdict in George’s murder trial, Shellie entered a plea agreement where she would serve a year’s probation, pay a fine, and complete 100 hours of community service.  George was not with her in court when she appeared to enter that plea. END_OF_DOCUMENT_TOKEN_TO_BE_REPLACED

On Jan. 13, 2014, Shellie Zimmerman’s attorney, Kelly Sims, filed a motion for a default, and a deputy clerk of courts signed one the same day.

Shellie Zimmerman has requested the judge to stop delays and grant her a divorce. Shellie filed for divorce on September 5, 2013.  George Zimmerman was served with summons and the complaint on December 18, 2013 while in jail on a domestic violence charge.  He was required to file an answer within 20 days.  That time has now expired.  He has defaulted and Shellie wants her divorce without his participation in the case.

END_OF_DOCUMENT_TOKEN_TO_BE_REPLACED

Around 11:15 a.m. this morning, near Aloma and Phelps avenues in Winter Park, FL, a suspected drunk driver hit Shellie Zimmerman’s vehicle.  She, and a woman passenger were taken to Winter Park Hospital with non-life-threatening injuries.

Click Orlando reports that both cars sustained serious damage.  The driver of the other car was arrested on suspicion of DUI.

END_OF_DOCUMENT_TOKEN_TO_BE_REPLACED

Mark O’Mara Back In The Media Defending Zimmerman

In her interview with Katie Couric, Shellie Zimmerman said that George “lied about a lot of things” and that he was like a “pacing lion.”

The world already heard from witnesses that after he killed 17 year-old, unarmed Trayvon Martin, that George Zimmerman was pacing like a lion.  Anyone with common sense and a memory also knows that Zimmerman lied about a lot of things, and that didn’t start on Feb. 26, 2012.  For instance, see the first video below. END_OF_DOCUMENT_TOKEN_TO_BE_REPLACED

After filing for divorce, Shellie moved out the house she shared with George Zimmerman.  On September 9, 2013, George Zimmerman appeared at the home that he and Shellie rented from Shellie’s parents as Shellie was moving out her belongings.  An altercation took place.  As Shellie was recording the altercation with her iPad, George took it from Shellie, bent it across his knee, and using a pocket knife, took it apart and threw it to the ground.

George Zimmerman told police that he took the iPad from Shellie because she was using it to hit him on his back.

Although video captured George taking the iPad apart, Lake Mary police gave no statement on whether they asked George why he felt the need to destroy the iPad after it was no longer in Shellie’s hands.

END_OF_DOCUMENT_TOKEN_TO_BE_REPLACED 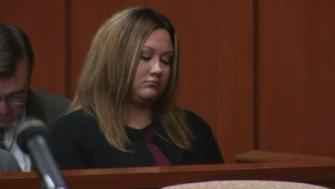 Shellie Zimmerman in court during jury selection in her husband’s case.

Shellie Zimmerman, wife of George Zimmerman, was charged with felony perjury, which carried a possible sentence of five years in prison.  Before his arrest in April 2012, George Zimmerman opened a website and asked people to give him money for a legal defense.  After his arrest and while in jail awaiting his bond hearing, George and Shellie’s phone calls were recorded.  They spoke in code regarding the amount of money given to George through PayPal, and transfers of same into various accounts and a safety deposit box. END_OF_DOCUMENT_TOKEN_TO_BE_REPLACED

House that George and Shellie rented

Based on docket sheet entries, after the verdict in George Zimmerman’s case, and while Shellie was awaiting trial in her perjury case, her parents were also going to court.

Shellie Zimmerman’s parents apparently invested in property that they rented.  Of the four foreclosure cases, three are rental property, and one is for their own residence. END_OF_DOCUMENT_TOKEN_TO_BE_REPLACED

Trayvon Martin’s Cell Phone – How Did It Get On the Ground? 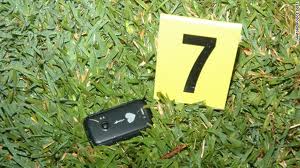 When I first heard George Zimmerman’s NEN call when his tone changed and he asked the dispatcher if the cop would call him and he would tell him where he was, I concluded then that he was alerted of or knew Trayvon’s whereabouts.

When Trayvon’s phone log was released and I saw that he received a call at 7:12 p.m., my first thought was that George Zimmerman heard Trayvon talking on his cell phone and began following his voice.  I am still under that impression.

Crime scene photos were subsequently released, and Trayvon’s cell phone was on the ground, the location indicated by Marker 7. END_OF_DOCUMENT_TOKEN_TO_BE_REPLACED

Lake Mary Chief of Police Has Concerns About Zimmerman

NBC News reports that  Steve Bracknell, Police Chief of Lake Mary, Florida, has concerns about George Zimmerman being able to legally have guns.  “I’m a small-town police chief. If I had the authority to revoke his firearm license, I would certainly sit down and consider that,” Steve Bracknell, the chief of police in Lake Mary, said during a telephone interview with NBC News. 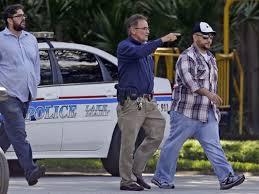 “Does anyone else except me see a pattern?” Bracknell continued. “The word firearm keeps popping up.”

After the verdict of not guilty, all evidence was retained by the Department of Justice who is conducting investigation into whether George Zimmerman violated Trayvon Martin’s civil rights.  That evidence includes the gun that Zimmerman used to kill unarmed 17-year-old Trayvon Martin, and the holster.  However, Zimmerman’s conceal carry license was restored to him.

The first we heard about Zimmerman and the word “firearm” after the verdict of not guilty, was from The Buckeye Firearms Foundation in Ohio.  They raised more than $12,000 for Zimmerman to purchase a gun and for other security. END_OF_DOCUMENT_TOKEN_TO_BE_REPLACED

iPad Video Could Be Key To Charging George Zimmerman

Fox News reports that video from Shellie Zimmerman’s iPad may be crucial evidence in determining whether to charge George Zimmerman.

Lake Mary Police Department spokesman, Zach Hudson, said that the iPad is badly damaged and needs to be examined in a lab.  If it provides evidence to support Shellie’s story, George Zimmerman could be potentially charged with destruction of evidence.

Yesterday, Shelly Zimmerman said that George snatched the iPad from her hands, smashed it, and used a pocket night to open it up destroying parts on the inside. 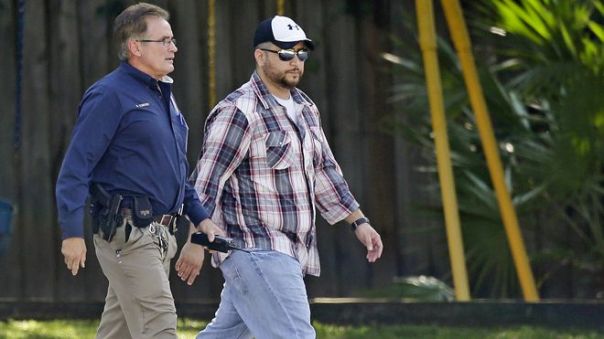 Funny thing — Rachel Jeantel testified to hearing a man’s voice ask, “What are you doing around here?” followed by a “bump” indicating disconnection of Trayvon’s cell phone from his headset.  Physical crime scene evidence supports that Trayvon’s cell phone was on the ground, disconnected from his headset when the cops arrived.  Seems as though George Zimmerman has a pattern of destroying, or attempting to destroy communication devices  that might record his actions and/or words.

O’Mara Not Representing Zimmerman In Divorce

O’Mara stated: “I am not representing George Zimmerman in his recent domestic altercation case or his impending divorce case,” O’Mara told CNN.

O’Mara made no mention of Zimmerman’s recent traffic ticket, which Zimmerman might pay without raising a challenge as to whether he was speeding.

We await to see what attorney is going to represent George Zimmerman in the divorce case.  Will George ask the public to donate money to pay his divorce attorney?

Recent news also reports that there is a video showing George locking the front door of the house where the altercation took place, and Shellie trying to enter that door.   George’s bodyguard has taken blame for the injury to Mr. Dean’s nose.

News4jax reports that George Zimmerman has been taken into custody.  Shellie called the police saying that George threatened her and her father with a gun, according to Lake Mary police.   The call was made from Shellie’s dad’s house.

We shall update as more news becomes available.

Subsequent reports are that George Zimmerman was held in investigative retention at the scene.  Please read comments below for further updates.

In an interview with ABC News, Shellie Zimmerman revealed that since he was found not guilty of murdering Trayvon Martin, that George feels “more invincible.” She stated that she believes George Zimmerman is making “reckless decisions” and that he was verbally abusive.

Shellie has filed for dissolution of marriage from the man who shot and killed unarmed 17 year-old Trayvon Martin on February 26, 2012.  She and George Zimmerman have been separated since August 13, 2013.

LLMPapa is dedicated to, and excellent in, showing to tell.

Before Zimmerman’s trial, LLMPapa went as far as purchasing materials necessary to demonstrate that Trayvon Martin’s shirts had to have been pulled and held in order for the bullet holes to match up in the clothing, but not match with the gunshot wound in Trayvon’s chest.

(Zimmerman’s defense would argue that the Arizona can in the pocket of Trayvon’s hoodie would cause that piece of clothing to sag, omitting that the bullet hole aligned with that in the sweatshirt that Trayvon wore underneath the hoodie.  That sweatshirt did not have a pocket and thus, no reason to sag and lining up perfectly with the bullet hole in the hoodie.)

Today, LLMPapa put together a video demonstrating that Robert Zimmerman Sr., and George Zimmerman’s account for what George was doing before he allegedly left for Target on the evening of Feb. 26, 2012, is inconsistent with Shellie ‘s account.

Is this important?  It could be.  For one, it questions George’s state of mind that evening.  Secondly, it questions why he felt it necessary to be dishonest.  If he indeed left his home to go to Target and was distracted by seeing a “suspicious” teen, then there was no reason to address what he did previous to leaving his home.

Posted in Justice For Trayvon, Videos

What Would You Ask?

In the complaint filed by Associated Investigative Services against George and Shellie Zimmerman and Mark O’Mara, the security firm was to be aware and protect them from Paparazzi.

If you were to see George and Shellie coming out of the courthouse, hotel, restaurant, etc., and had opportunity to ask either or both of them one question, what would it be?  Questions should not pertain to the merits of the case.

To start off, my question to George would be: “How much weight have you gained in the past year?”

I would ask Shellie: “Do you have any regrets for leaving the townhouse in Retreat of Twin Lakes for a kitchenette hotel room?”