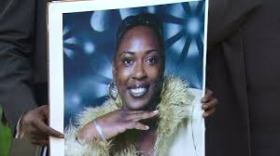 It’s been almost 3 years since Alesia Thomas died while in custody of the Los Angeles police. On July 22, 2012, Los Angeles police officer Mary O’Callaghan kicked Alesia in the groin, and jabbed her in the throat. Alesia, the mother of 2, died in the police vehicle. (Note: some sources report that the incident occurred in 2013. I am reporting the date given by the LA Times.)

Alesia had asked for an ambulance, but Officer Warner Carias, one of the first responding officers, testified that he thought Alesia was on drugs and faking medical distress. An ambulance was not called until 30 minutes later, after Alesia fell unconscious.

In October 2013, O’Callaghan was charged with a felony count of assault by a public officer.