← Sisterhood of the World Bloggers Award.
BLOG OF THE YEAR 2013 AWARD →

Mark O’Mara Back In The Media Defending Zimmerman

In her interview with Katie Couric, Shellie Zimmerman said that George “lied about a lot of things” and that he was like a “pacing lion.”

The world already heard from witnesses that after he killed 17 year-old, unarmed Trayvon Martin, that George Zimmerman was pacing like a lion.  Anyone with common sense and a memory also knows that Zimmerman lied about a lot of things, and that didn’t start on Feb. 26, 2012.  For instance, see the first video below. 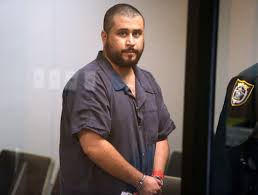 O’Mara is now back in the media on AC360 defending George, and said that George was not provided with counseling after he killed Trayvon.  Someone slap O’Mara and bring him back to reality, please.  He forgot that according to George, it was all “God’s plan.”  Zimmerman told Sean Hannity that he wasn’t going to question that.  He also said he had no regrets and would not do anything differently — he would still get out of his vehicle and follow Trayvon with a gun loaded with hollow point bullets.

It’s Zimmerman’s own actions, and not the lack of counseling, that has continued his life in a direction where it was going anyway.  According to Shellie and George’s now former girlfriend, Samantha, his marriage was going down the tubes before Feb. 26, 2012, the evening that he killed Trayvon Martin.  Evidently, his wages were not sufficient to pay his living expenses.  George was behind in rent, car notes, and credit card payments before the evening of Feb. 26, 2012.

George lied to his donors.  He asked for money for a legal defense, but spent more than $35,0000 paying his past due debts — debts that occurred and accrued before Feb. 26, 2012.

It was seeing a large amount of money donated to him while he was in jail, that he assumed that the money would be his solution.  He instructed Shellie on transferring the money, and also instructed her to keep his valid passport in a safety deposit box.  In court, he sat like a “potted palm” while Shellie misrepresented her knowledge of the money.

George Zimmerman chose to go into hiding, and that was not because of threats.  He abandoned his home and moved in with the Ostermans before Trayvon Martin was reported missing and his body identified.  George and Shellie, who were separated on the evening he killed Trayvon Martin, moved in with the Ostermans before the sun came up on Feb. 27, 2012.

By the way O’Mara is wrong about the FBI not finding anyone to say that George is not racist.  That in fact, his cousin said otherwise and also, let’s not forget his Asian former co-worker and the hell he put that man through. Also, in his NEN call, George referred to Trayvon Martin in the plural.  He saw Trayvon as a group of Blacks rather than an individual.

Since George Zimmerman believes that his killing of Trayvon Martin was all “God’s plan,” and that his violent and destructive behavior since his acquittal for killing Martin is an extension of that, then why should Mark O’Mara want George to get counseling?