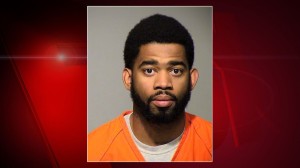 Dominique Heaggan-Brown (25 years old) is a former Milwaukee police officer.  He shot and killed 23-year old Sylville Smith in Milwaukee’s Sherman Park neighborhood on August 13, 2016.  On December 15, 2016, Heaggan-Brown was charged with one count of first-degree reckless homicide.  If convicted, he can be sentenced to a maximum of 60 years in prison.

In his interview, Heaggan-Brown said that he fired once at which time he observed the pistol fly out of Smith’s hands and over the fence into the backyard of the residence. Smith then fell to the ground and Heaggan-Brown believed he was reaching for his waist so he discharged his weapon a second time.  At no time after the shooting did Heaggan-Brown or any other officer search Smith for a second firearm. END_OF_DOCUMENT_TOKEN_TO_BE_REPLACED