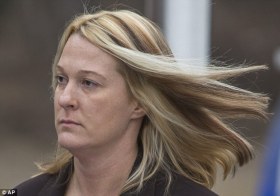 On February 2, 2015, Hummelstown, PA police officer Lisa Mearkle pulled over 59-year-old David Kassick for an expired inspection sticker. David ran and Mearkle used her stun gun. That activated the recording device on the stun gun and it recorded audio and video portions of the encounter.

Now, the 36-year old Mearkle has been charged with criminal homicide. She was arrested after an investigation, on March 24, 2015, and is currently out of jail on a $250,000 and ordered to wear an ankle monitor. END_OF_DOCUMENT_TOKEN_TO_BE_REPLACED