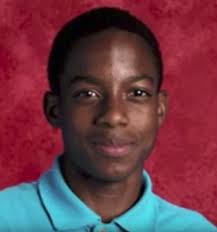 This was one heck of a trial.

Roy Oliver is the former Balch Springs, Texas officer charged with murder and two counts of aggravated battery by a public servant.  I first blogged about this case in May 2017 when Roy Oliver was charged for the April 29, 2017 incident.   His trial began on Thursday, August 16, 2018.

To summarize, Oliver and his partner were called about an under-aged drinking party.  However, no alcohol or drugs were found.  While in the house where the party was taking place, gunshots were heard outside.  (It was subsequently determined that the shots were unrelated to the party.)

Jordan Edwards, 15 years old, was at the party with friends and relatives.  When the police showed up, they decided to leave and went to the car.  They were trying to drive away when Oliver and his partner ran outside after hearing the gunshots.  Oliver used his service rifle and fired at least 5 shots into the car where Jordan was a passenger.  Jordan was shot in the head. END_OF_DOCUMENT_TOKEN_TO_BE_REPLACED

On April 29, 2017, 15-year old Jordan Edwards was leaving a party with two of his older brothers.  He was in the passenger seat of a vehicle when shot in the head by Balch Springs, Texas patrol officer Roy Oliver.

The Balch Springs Police Chief was quick coming forth with the officer’s side of the story.  It was reported that Officer Roy Oliver was called to investigate reports of underage drinking at a house party.  When they arrived, they heard what they believed were gunshots.  A car of teenagers leaving the party was driving toward the police in reverse in an “aggressive manner.”  Oliver opened fire, striking Jordan Edwards in the head.   Jordan died at a hospital.

The following Tuesday, Roy Oliver was fired on the basis that he violated department policies. Police Chief Jonathan Haber stated that he rushed to get information out to the public, but since watched two body cam videos showing that the teens were driving away from the officers when Oliver fired. END_OF_DOCUMENT_TOKEN_TO_BE_REPLACED