The 2 stories I’m bringing to you show how, in a system motivated by racism/white supremacy, race matters all the time. It matters so much that a white male criminal can be treated better by law enforcement (even though the greatest threat to law enforcement is a white male) than a black cop.

On June 21,2017 in St Louis, Missouri, police officers approached a car that had been reported stolen. Inside the car were 3 black males. The car drove off and the suspects fired on police. The car eventually crashed and the suspects ran with the police chasing them on foot.  (Source: NY Times)

An off duty Black police officer(name unknown) was home when he heard what was happening. He grabbed his service firearm and decided to help his fellow officers. When he was at the crime scene 2 of the cops ordered him down to the ground . After he was on the ground they recognized him and told him to walk toward them. At this point a White police officer (name unknown) showed up and immediately fired at the Black officer, hitting his “brother” officer in the arm.

When asked why he shot his fellow Black officer ,the white officer responded “Fear for my safety.” Rufus  J Tate a lawyer representing the wounded officer,  stated that he saw nothing in the police report that showed that the officer feared for his safety.  An investigation into the shooting is ongoing.

Now the website known as Blue Lives Matter, which states it is run by active and retired LEOs, covered this story. Blue Lives Matter took the position on how “the media was pushing a racist cop narrative” instead of offering sympathy or demanding justice for the wounded Black cop, and instead of asking why the White cop shot a fellow Black officer when the other cops had the situation in control?  Also out of the 25 comments on that site, only 2 offered sympathy for the wounded black cop. Obviously his Blue Life doesn’t matter. Here is the link, tell me if my assertions are incorrect. END_OF_DOCUMENT_TOKEN_TO_BE_REPLACED

Get On The Bus

Christmas Eve, while the cornbread was in the oven, and the smoked turkey boiling in the pot waiting for the green beans to be added, I turned off Christmas music and tuned on the television. 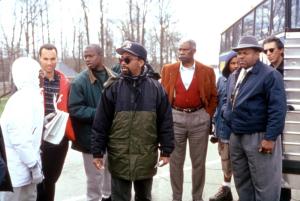 The movie, “Get on The Bus” was on. Get on the Bus is a Spike Lee film, released in 1996 on the one-year anniversary of the Million Man March. In the film, there are 12 Black men from Los Angeles on a bus bound for Washington, D.C.   The only thing that the men have in common is their race. They are various ages and their careers range from petty thief to police officer.

There is a scene in the movie that takes place when the bus is pulled over by State Troopers in Knoxville, Tennessee.   Getting out of the police car with a dog, the Trooper, played by Randy Quaid, tells the men that they are checking for drugs. Gary, who is bi-racial and a Los Angeles police officer, introduces himself to the Trooper and shows his badge. It means nothing to the Trooper, who has the Sherman Shepherd dog brought on the bus.  As the dog sniffs each row of seats, the Trooper shines his flashlight into the face of each man, asking them if they wanted to confess to having drugs before the dog finds them. The men shielded their eyes from the blinding flashlight as the Trooper calls them “boys.” END_OF_DOCUMENT_TOKEN_TO_BE_REPLACED

In 2009 movie “The Blind Side,” is a semi-biographical film about the life of Michael Oher, and offensive lineman who plays for the Tennessee Titans of the NFL. Oher has an impoverished upbringing, but high prospects in college football, and was without parents and homeless when he met Sean and Leigh Anne Tuohy. Oher, who is Black, was adopted by the Tuohy’s, who are White. Actress Sandra Bullock won the Academy Award for Best Actress for the film, and the Screen Actors Guild for Outstanding Performance by a Female in a leading role. The film itself received an Academy Award nomination for Best Picture. Tim McGraw played the role of Sean Tuohy.

When I heard about DeShawn Currie of Wake County, North Carolina, (just south of Raleigh) I immediately thought of the movie, “The Blind Side,” although for DeShawn, it was not classmates that made him feel unwelcomed – it was the cops. For about a year, DeShawn has lived with his foster parents Ricky and Stacy Tyler, who are White.  They moved into their new home in July.

DeShawn came home from school the other day.  A neighbor profiled him as “suspicious” and called 911. When the cops arrived, DeShawn asked them why they were there? He told them that he lives there. The cops looked at photos on the wall and seeing that the photos are of White people, accused DeShawn of lying. END_OF_DOCUMENT_TOKEN_TO_BE_REPLACED

Sheets of Blood Streets of Pain

Originally posted on QBG_Tilted Tiara:
I have two sons and two grandsons; I am safe in knowing they will under all but the very worst circumstances be safe on the streets of most cities. Why and how do I know this? My sons and grandsons are White, they are Caucasian and they aren’t mentally… 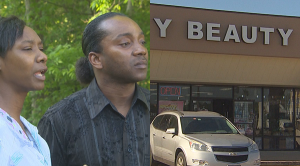 Deadra Pattum picked up a pair of $3.00 earrings in Y Beauty Supply in Houston, Texas. Deciding not to purchase them, she placed them back on the counter. Surveillance footage confirmed that Pattum put the earrings back on the counter, but by the time that the security guard watched the video, Pattum and her fiancé John Marsden, were already violated. The store’s owner allegedly said “You people always steal.”

Intimidated and nervous, Marsden removed his socks, shoes and pants.

The security guard said “She never left the counter with those earrings in her hand.  There was no evidence of shoplifting.”

Pattum and Marsden are now pushing to have the store’s owners charged with unlawful search. “Everybody doesn’t shoplift. Everybody is not a thief. There are still honest people in the world” stated Pattum.

Quanell X, an activist fighting racial profiling, gave a statement saying, “This was a classic case of racial profiling in its most humiliating form. And something needs to be done about this.”

The owners of the store have declined to comment on the racial profiling charges, only saying that shoplifting costs their store a lot of money.

What’s the wholesale price for earrings that retail for $3.00?

Frank Taaffe To Talk With The FBI?

Twitter is buzzed with news allegedly from Frank Taaffe that he is scheduled to meet with the FBI and DOJ. When going into Taaffe’s history of his advocating for George Zimmerman, we should keep in mind that such an interview with federal investigators might not be limited to Zimmerman’s state of mind when he stalked, followed, and killed 17-year old, unarmed Trayvon Martin.

During jury deliberations, Taaffe did not keep it secret that he knew what was happening in the jury room. That might be something in which the FBI wants more information.

The nation awaits and while waiting, if Frank Taaffe is sincere about his change of heart, the least he could do is post retractions for his racist ideologies on his Facebook page and website. Otherwise, Frank’s “come to God” moment appears to be something personal between himself and George Zimmerman, rather than repentance for his disparaging of minorities.  How about it, Frank?

2dogsonly has requested that we start a new thread to continue discussion about Frank Taaffe’s latest revelations.

The previous thread is https://blackbutterfly7.wordpress.com/2014/05/10/frank-taaffe-george-zimmerman-racially-profiled-trayvon-martin/

Frank Taaffe, who came into the spotlight early defending George Zimmerman, now wants to clear his conscience. He interviewed withJohn W. Davis, Seminole County Reporter of My News 13. Taaffe now says that Zimmerman should have been found guilty in the shooting death of unarmed, 17-year old Trayvon Martin.

Clearing the conscience is not the same as changing the mind. In other words, Taaffe is now admitting what he always knew was true. END_OF_DOCUMENT_TOKEN_TO_BE_REPLACED

The Daily Beast reports that Maddy, also known as Juror B29, spoke with Lisa Bloom about her experience.  They have published an excerpt from Bloom’s just published Suspicion Nation. 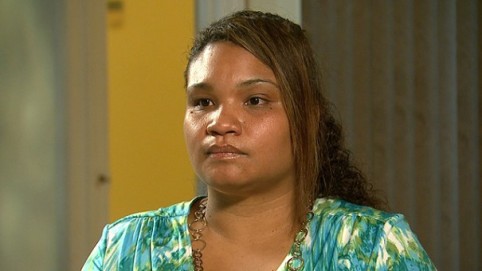 Maddy revealed that she was fed up before the trial was over.  Being the only minority on the jury, she said that she was sequestered with five White women who didn’t understand her.  They demeaned, mocked and trivialized her.  She was ready to leave and return home saying, “If they had to put me in jail for going home, then put me in jail.” END_OF_DOCUMENT_TOKEN_TO_BE_REPLACED

In a previous post, U.S. Attorney Wagner was quoted;

“Because establishing motive is a key aspect to proving the crime, investigations often must range far beyond the criminal act itself to locate evidence relevant to the defendant’s state of mind before and during the crime.”

The video below compiles George Zimmerman’s calls to the police after he organized Neighborhood Watch.   According to Frank Taaffe, on February 2, 2012, Zimmerman was walking his dog.  He was also carrying his gun.  Zimmerman observed a suspicious person standing outside of Frank Taaffe’s house and called the police.  END_OF_DOCUMENT_TOKEN_TO_BE_REPLACED

Posted in Department of Justice, George and Shellie Zimmerman, Justice For Trayvon, Videos