Hello.  chuquestaquenumber1 here, sharing some thoughts about how authorities pick and choose who should be charged with committing acts of terrorism.

When people witness acts of violence like the Manchester concert attack, Pulse night club shooting, Charlie Hebdo attacks, etc, or attempted acts of violence such as the would be Times Square bomber, would be JFK fuel container bombers, etc., it’s called and classified terrorism. The perpetrators of these crimes received terrorist charges.

There is unfortunately, as all things in a system motivated by racism/white supremacy, not to call acts of political violence committed and said to be committed by white males, “terrorism”. Here are some recent and not so recent examples of what I speak of: END_OF_DOCUMENT_TOKEN_TO_BE_REPLACED

Fred Hopkins Accused Shooter Of Six LEOs And Killer Of One, Arrested After 2 Hour Standoff 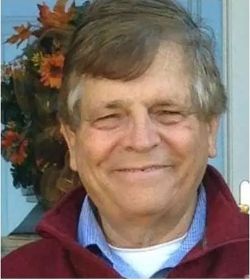 Fred Hopkins, killed one officer and wounded 6 others

On October 3, 2018 in South Carolina around 5pm, several police officers attempting to serve a search warrant showed up to the home of 74 yr old white male Frederick Hopkins. At this point Hopkins began to fire upon the officers and barricaded himself inside the house, using his children as hostages. During the chaotic shootout, 7 police officers were shot. One police officer, Terrence Carraway, an African American man who just celebrated 30 years as a Florence County police officer, was killed during the shootout.

“Officers went there unknowing the firepower the suspect had,” Florence County Sheriff Kenney Boone said. “Fire was being shot all over. The way this suspect was positioned, his view of fire was several hundred yards. So he had an advantage. The officers couldn’t get to the ones who were down.

END_OF_DOCUMENT_TOKEN_TO_BE_REPLACED 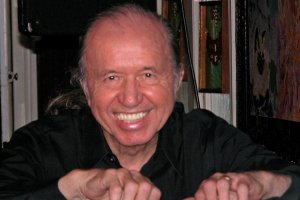 On April 23, 2018, at the age of 94, musician Bob Dorough passed away. Dorough was a predominately Jazz musician who played with Miles Davis, Sugar Ray Robinson, Lenny Bruce and others.

However,  he’s best known for Multiplication Rock which evolved into Schoolhouse Rock. These were a series of cartoon videos that got children to learn by putting math, science, and civics to music. The series ran from 1973-1985.  It came back in the 90’s and went to home video from 2002-2009. It started when Bob was asked to make a song about learning with music. That song would be “Three is a Magic Number.”

From Three is a Magic Number came Conjunction Junction, I’m Just a Bill, Elementary My Dear Electricity, Electricity and so many others.

What Schoolhouse Rock song or songs stood out to you?

Mine were Verb because of the black community and black family aspect and Little Twelve Toes due to my interest in science fiction.

Recently a video has gone viral. This video shows a white, female Navy Corpsman Allyson Thompson making a newborn black baby in a military hospital dance to a 50 cent song.

There’s also a photo of Allyson giving the middle finger to a black baby while saying “How I feel about these mini Satans”.

Allyson’s friend, also a Navy Corpsman, Joanie Barret, thought the video and middle finger picture were funny and decided to post them on Snapchat.

Thompson and Barrett are now being disciplined by Naval Superiors.

Final Thought:
Which is more disrespectful to the military?
Black athletes that don’t stand for the national anthem
or
White Navy personnel that mistreat the black newborn babies of their fellow Navy personnel in a military hospital?

The 2 stories I’m bringing to you show how, in a system motivated by racism/white supremacy, race matters all the time. It matters so much that a white male criminal can be treated better by law enforcement (even though the greatest threat to law enforcement is a white male) than a black cop.

On June 21,2017 in St Louis, Missouri, police officers approached a car that had been reported stolen. Inside the car were 3 black males. The car drove off and the suspects fired on police. The car eventually crashed and the suspects ran with the police chasing them on foot.  (Source: NY Times)

An off duty Black police officer(name unknown) was home when he heard what was happening. He grabbed his service firearm and decided to help his fellow officers. When he was at the crime scene 2 of the cops ordered him down to the ground . After he was on the ground they recognized him and told him to walk toward them. At this point a White police officer (name unknown) showed up and immediately fired at the Black officer, hitting his “brother” officer in the arm.

When asked why he shot his fellow Black officer ,the white officer responded “Fear for my safety.” Rufus  J Tate a lawyer representing the wounded officer,  stated that he saw nothing in the police report that showed that the officer feared for his safety.  An investigation into the shooting is ongoing.

Now the website known as Blue Lives Matter, which states it is run by active and retired LEOs, covered this story. Blue Lives Matter took the position on how “the media was pushing a racist cop narrative” instead of offering sympathy or demanding justice for the wounded Black cop, and instead of asking why the White cop shot a fellow Black officer when the other cops had the situation in control?  Also out of the 25 comments on that site, only 2 offered sympathy for the wounded black cop. Obviously his Blue Life doesn’t matter. Here is the link, tell me if my assertions are incorrect. END_OF_DOCUMENT_TOKEN_TO_BE_REPLACED

A Peaceful Protester Disrespected The Military? What About An Accused Marine Killer? 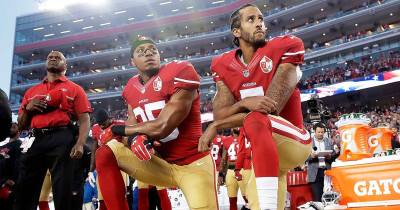 In 2016 NFL San Francisco 49ers quarterback Colin Kaepernick began a peaceful protest against police brutality and criminality of Black people. Especially the unjust killings of unarmed non threatening Black males. His peaceful protest consisted of not standing for the national anthem. Once he started, he was accused of harming our LEOs and disrespecting the US military. He was subjected to massive outrage from people of all backgrounds, especially from military personnel. 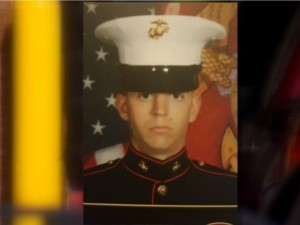 Fast forward to April 2017. April 23,2017 was the last day for Marine Sgt. Justin Noah Lampkins. On Sunday April 23, 2017 at 1:19 am, 25 yr old Marine Sgt. Justin Noah Lampkins was at a McDonald’s Drive thru in Bedford, ,Indiana. Several vehicles were ahead of Sgt. Lampkins’ vehicle when he honked a horn in the drive thru. At this point, Evan Schaffer, 22 yr old criminal who had a warrant from another state, because he skipped a court hearing, got out of his truck and punched Lampkins in his face. 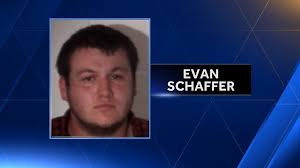 Schaffer walked away but decided to turn around and continue the confrontation. Lampkins, defending himself, shoved Schaffer. Schaffer pulled out a gun and shot the unarmed Lampkins in the chest. Schaffer and his friends fled the scene . Lampkins was taken to IU Health Hospital where he died of his wounds.

Bedford Police caught up with Schaffer and his friends. The 4 friends cooperated and gave up.  Schaffer resisted arrest and was Tasered into submission. Schaffer has been charged with Lampkins murder and aggravated battery with a deadly weapon.

Sgt. Justin Noah Lampkins joined the military in 2011, one year after graduating from Bloomington High School North. He was inspired to join the military by his grandfather, an Army veteran. Lampkins was honorably discharged in 2015.

Evan Schaffer had a warrant for carrying a weapon without a permit and transporting a weapon to another county. He is also facing charges of arson. END_OF_DOCUMENT_TOKEN_TO_BE_REPLACED 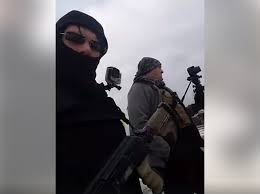 Later a police sergeant spotted the vehicle and conducted and pulled them over for a traffic stop.They matched the description. However, Baker while in his ski mask, refused to talk to police. The sergeant let them go because he didn’t see any guns in the car. This is on video. END_OF_DOCUMENT_TOKEN_TO_BE_REPLACED