Right now a story from Time: These Are the Victims of the Jacksonville Madden Tournament Shooting

Condolences to the families and best wishes for the full recovery of those injured.

Jury Awards $4 To Family Of Florida Man Killed By Cop 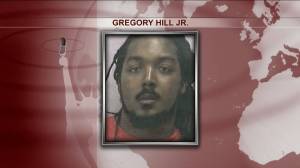 It was January 2014, in St. Lucie County, Florida. A mother picking up her child at Frances K. Sweet Elementary School heard loud music, the lyrics of which she found offensive. She called the police.

Deputy Christopher Newman and his partner, Deputy Edward Lopez, came to the garage of the house of 30-year old Gregory Hill Jr.  Gregory worked at a Coca-Cola warehouse.

Fantastic accomplishment. Hat tip to Mindyme62 for informing me of this great accomplishment, and special thanks to Good Black News for reporting it.

A major coup has been won by the students at the controversial Nathan B. Forrest High School in Jacksonville, Fla. After 54 years of ignoring the wishes of protestors who argued that the school should not be named after an American Civil War Confederate lieutenant-general and later served as a Ku Klux Klan Grand Wizard, the educational facility will now finally be receiving a new moniker, reportsWPTV.

The Duval County School Board voted on Monday, 7-0 that the high school, which has a predominantly Black student body, will choose between the names of “Westside” and “Firestone” in January.  When the high school opened its doors back in 1959 during the middle of the Civil Rights era, district school officials at the time chose to name it after Nathan B. Forrest (pictured), who had also been a slave trader. Under the Confederate lieutenant general’s orders, his troops massacred…

2dogsonly posted a comment on the page Upsetting the Apple Cart that spurred me to find out more information and blog about the Brenton Butler case.  I also discovered the film on Youtube that 2dogsonly referenced, Murder on A Sunday Morning.  It is embedded below.  Made by French filmmaker Jean-Xavier de Lestrade, the movie won the Academy Award for Best Documentary Feature at the 74th Academy Awards in 2001. The film follows the case from the defenses’ strategy through verdict and afterwards when the guilty person was arrested and convicted.

The film provides information on how Jacksonville prosecutors were driven to make an arrest of anyone because of the nature of the case. END_OF_DOCUMENT_TOKEN_TO_BE_REPLACED

Tags: 2dogsonly, Brenton Butler, corruption, Jacksonville, Murder on a Sunday Morning, They Said It Was Murder

Florida, Florida, Florida. From hanging chads, to hurricanes, to Stand Your Ground, to allegations of State Attorney’s bias against Trayvon Martin, to now this – medical examiner investigator stealing from the dead.

Ocala Post reports that 46-year-old Christopher Dwight Allen was arrested on September 13, 2013, on charges of official misconduct, dealing in stolen property, and false verification of ownership on pawnbroker transaction forms.  Allen worked as a forensic investigator at the District 4 Medical Examiner’s Office in Jacksonville, Florida.

In May 2013, after family members of a Hamilton County woman claimed that her jewelry was stolen following her death, the Florida Department of Law Enforcement began an investigation. Agents found pawn broker transactions indicating that Allen sold over 60 items of jewelry to various pawn shops in the last 12 months.  They believe that the jewelry was stolen off bodies of the deceased.

Allen was arrested at the medical examiner’s office and booked into the Duval County Jail on a $150,000 bond.

What else is the public going to find out about corruption in the State of Florida?

To all of those in sorrow for children gone too soon.

Devotion by Earth Wind and Fire.  Written by Maurice White and Philip Bailey.