Officer On Trial For Shooting Manuel Burnley, Jr. In The Back

A Brown Deer police officer, 28-year old Devon Kraemer, is on trial, charge with aggravated battery and intending great bodily harm for shooting 28-year old Manuel Burnley Jr. in the back.  If convicted, the officer faces up to 10 years in prison.  Brown Deer is a suburb of Milwaukee, Wisconsin.

Manuel Burnley, Jr. suffered rib fractures and lost part of a lung, but after 12 days in the hospital, he survived the shooting and lives to tell his side of the story at trial.

During jury selection, several potential jurors admitted they likely couldn’t be impartial when the defendant is a police office.  About 6 potential jurors said they keep “We Back the Badge” signs in their yard, and 1 person said he has a “Black Lives Matter” sign.  Two men said that even if the prosecutor presented solid evidence of guilt, they would not vote to convict.

One potential juror works in a dry cleaners patronized by police officers.  One woman said that she and her husband, both White, were profiled when they were stopped on the north side because of the kind of car they were driving. She said the officer looked shocked when her husband rolled down the window and saw they are not Black.  The officer warned him that the car’s tint was too dark.

The jury consists of 14; the standard 12 plus 2 alternates.   I was unable to find any information on the jurors who were selected.   A condition imposed on the media might prevent them from making that information available to the public because Manuel is Black, and the two officers involved are White.

Circuit Judge Christopher Dee has imposed extra restrictions on news media covering the trial, including a prohibition on showing the faces of all witnesses. He has also prohibited live streaming of the trial without his express permission.  Television station reporting staff is working the pool feed from a single bench.  END_OF_DOCUMENT_TOKEN_TO_BE_REPLACED 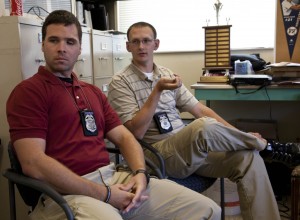 A Milwaukee, Wisconsin jury had to decide if a gun store was liable for a straw purchase that resulted in the gun being used in the shooting of two police officers. After 12 hours of deliberations, the jury decided that the gun store is liable.

In 2009, Milwaukee police officers Graham Kunisch and Bryan Norberg approached 18-year-old Julius Burton for riding his bike on the sidewalk. They struggled and Burton pulled a gun. Kunisch was shot 5 fives, including in the face, losing an eye. Part of his brain was removed. Norberg was shot in the mouth and still has bullet fragments in his cheek. Burton was arrested and charged.

Surveillance video showed that Burton and a friend went to Badger Guns a month before the shooting.  Burton gave his friend $40.00 to purchase the gun for him. Court records state that Burton gave that money to his friend to buy the gun because he was underage. The store clerk appears to help the friend fill-out the paperwork.

Burton testified at trial via video from the state prison. He testified that he went to Badger Guns for a handgun because “everyone” knew that was the place to go. END_OF_DOCUMENT_TOKEN_TO_BE_REPLACED

The Jeffrey Dahmer Victim Who Did Not Have To Die

My interest in certain cases continues long after the headlines cease. Such is the case surrounding Jeffrey Dahmer. His name is no doubt familiar to everyone reading this. His despicable mass murders, depraved mind, and his subsequent death at the hands of another prisoner, are general knowledge. However, there is something else about the case that stays with me, and it has to do with how his youngest victim met his death because of the homophobic and national origin bigotry of two Milwaukee Police Department officers.

Fourteen year-old Konerak Sinthasomphone did not have to die. 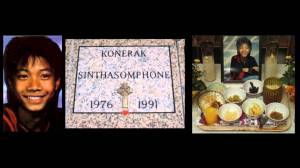 Konerak Sinthasomphone’s family left the Nonkai refugee resettlement camp in Thailand, and came to Milwaukee, Wisconsin when Konerak was 3-years old. On May 26, 1991 when he was 14-years old, Konerak was playing soccer when Jeffrey Dahmer approached him.  Dahmer offered him money to come to his apartment to pose for Polaroid pictures. Konerak was reluctant, but changed his mind.

According to Konerak’s family, Konerak would not have recognized Dahmer as the man who, in 1988, was convicted of drugging and sexually fondling his then 13-year old brother.

“We never saw him. Police officers told us they were going to put him away for good,“ said Anoukone Sinthasomphone. “We never thought he was going to be out.“

The family was so convinced of what they were told by the police that they never went to court when Dahmer was tried and sentenced to 1 year of work release and 5 years of probation.

Three years later, and while on probation, Dahmer would visit grief upon the Sinthasomphone family again. END_OF_DOCUMENT_TOKEN_TO_BE_REPLACED 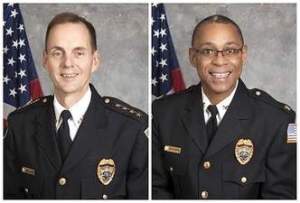 Due to preliminary findings of a report, the City of Beloit has placed its police chief and deputy chief on administrative leave.  Beloit, Wisconsin is a small city on the border of Wisconsin and Illinois, with a population of approximately 40,000. The city has a Manager, Lori Luther, and a city council.

Concerns regarding the leadership of the police department were expressed by its staff and the community.  In February of this year, employees of the Beloit Police Department told the city council that leadership was damaging employee morale and could be affecting operations.

The city held two listening sessions for residents to voice concerns about the Beloit Police Department. The sessions were held at the Beloit Public Library, and although those in attendance might sound small with the number being around 12, the room was filled. Many attending did not want to be named, but they discussed the issues of communication between the police department and residents. END_OF_DOCUMENT_TOKEN_TO_BE_REPLACED

When I first heard about this, and that citizens were organizing to protest, it did not take me by surprise. Madison, Wisconsin is known as a college town.  People travel from Illinois to Madison for health services. Madison is known for its veteran’s and research hospitals. It is a city where many residents are professionals and college students.

Fort McCoy’s Total Force Training Center is about a two-hour drive from Madison, and it is not unusual to see military personnel and their families use Madison as a meeting place and to socialize. Dane County Regional Airport is located in Madison, WI. When I visited there, I found diversity. There are no second looks on mixed race couples. 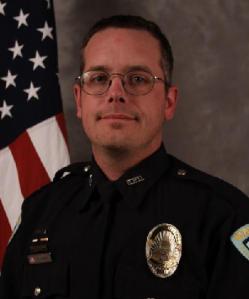 What am I saying? When Madison police officer Matt Kenny killed unarmed 19-year old Tony Robinson, he not only killed an unarmed person, but he also tarnished Madison’s reputation as the city in Wisconsin that seeks positive changes for its state. Officer Kenny did this in a state that does not have the death penalty. Understand that to mean that there is no crime in the State of Wisconsin where judicial punishment is death. In 1853, Wisconsin was the first state in America to permanently abolish the death penalty for all crimes.

After Jeffrey Dahmer’s crimes became public knowledge, there was a push in the Wisconsin legislature to reinstate the death penalty. Between 1991 and 1996, 22 Bills were introduced for reinstatement. None made it through legislative committees.

When an unarmed person is killed by the police, and social media takes off to justify the killing of a “thug,” the people of Madison take exception to that. They do not kill their own even when the person is convicted for murder. END_OF_DOCUMENT_TOKEN_TO_BE_REPLACED 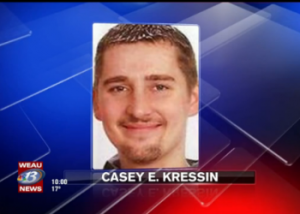 He was only 3 miles from the emergency room when Chippewa Falls, Wisconsin police pulled over the car for speeding through a red light. The car was driven by Leah Hryniewicki, Casey Kressin’s girlfriend. Casey was having a severe asthma attack. It was November 30, 2014, the last day of the 29-year-old Casey’s life.

A reeling Casey exited the car and kneeled to the ground and asked for his inhaler as he wheezed away, police said. Police said that Leah also jumped out and yelled to the officer that the man was having an asthma attack and that he needed to get to the emergency room. END_OF_DOCUMENT_TOKEN_TO_BE_REPLACED

Thanks for keeping us updated.

New Star Wars movie coming in 2015.   I wonder if Harrison Ford will look younger than he did in Cowboys and Aliens?

The story about the botched execution is really interesting.

1. NBA bans Sterling over racist comments
The National Basketball Association on Tuesday banned Los Angeles Clippers owner Donald Sterling for life and fined him $2.5 million in a dramatic reaction to racist comments he allegedly made in a secretly recorded conversation. Commissioner Adam Silver said he would try to force Sterling to sell his team, a strong-arm move requiring the approval of three-quarters of team owners. Sterling’s views, Silver said, “simply have no place in the NBA.” [The New York Times]

2. Oklahoma murderer dies after his botched execution is halted
An Oklahoma death row inmate, Clayton Lockett, died of a heart attack Tuesday night after hislethal injection was botched. Prison officials had called a halt to the execution after Lockett’s…

Sidney M. Johnson, 20, was visiting his father’s home in Janesville, Wisconsin.  On Wednesday, he heard someone in a bedroom, got his dad’s 9 mm handgun, inserted a magazine, chambered a cartridge, and shot through the door, wounding his 13-year-old sister.  She yelled out his name.  That’s when he realized what had happened.

Officers at the scene found that the 13-year-old had been shot once by her brother.  The bullet hit her right tricep and grazed the right side of her torso.  She was taken to Mercy Hospital and Trauma Center where she was treated and released. END_OF_DOCUMENT_TOKEN_TO_BE_REPLACED