By Robert A. Vella

Well, now we know why Speaker of the House Nancy Pelosi delayed sending the articles of impeachment to the Senate required to start President Trump’s trial.  She needed time to acquire additional evidence from Rudy Giuliani‘s indicted associate Lev Parnas after a federal court ruled that it was admissible.  That mass of evidence was released this week ahead of interviews Parnas had with The New York Times and MSNBC’s Rachel Maddow who aired part-one of a two-hour video discussion last night (part-two airs tonight).

What Parnas revealed was a bombshell, to say the least.  Not only did he corroborate consistent witness testimony from the House of Representatives’ impeachment inquiry regarding Trump’s criminal scheme to coerce the Ukrainian government for personal political gain, he also implicated Vice President Mike Pence, Attorney General William Barr, current and former Republican congressmen, GOP operatives and financiers, a…

Thanks for the updates. Today I learned that yet another Trump appointee might resign. The revolving door makes my head swim.

By Robert A. Vella

Here’s the news roundup for another busy Friday:

Russia has negotiated a deal between bitter rivals Saudi Arabia and Iran to raise crude oil prices on the world market by implementing across-the-board production cuts (with exemptions) which have been long-desired by OPEC nations and which have been vociferously opposed by President Trump.  However, the cuts may benefit U.S. shale oil producers who struggle to compete when market prices are low.  OPEC’s move also boosts Vladimir Putin’s prominence on the world stage as the Russian strongman appears to be abandoning his close relationship with the weakening American president.

George Papadopoulos, a foreign policy adviser to President Donald Trump’s presidential campaign, pleaded guilty earlier this month to making false statements to FBI agents about his correspondence with Russian nationals and attempts to arrange a meeting between the campaign and Russian officials.

Papadopoulos admitted to making false statements and making material omissions to investigators in January probing interference in the 2016 presidential election in relation to his contacts with a Russian professor with ties to the Russian government.

As outlined in the statement of Papadopoulos’ offense, the foreign policy adviser met with an individual who put him in contact with a woman whom he believed to a relative of Russian President Vladimir Putin. He later told Trump that he might be able to arrange a meeting between the candidate and the president. One of Papadopoulos’ contacts told him in April 2016 that the Russians “have dirt on” Hillary Clinton, after which he told campaign associates he had “interesting messages coming in from Moscow.”

In an FBI affidavit dated in July — when Papadopoulos was arrested — an agent noted that Papadopoulos’ contact tied to the Russian Ministry of Foreign Affairs sent the adviser an email saying he had “just talked to my colleagues from the MFA.[They are] open for cooperating.” Papadopoulos responded and said he was “glad the MFA is interested” and forwarded the email to three senior Trump campaign officials.

After he was interviewed, Papadopoulos deactivated a Facebook account which contained information about his communications with the Russian contacts and stopped using his then-current cell phone number. Since his arrest, he has “met with the Government on numerous occasions to provide information and answer questions” since then, according to the plea documentation.

In a statement, attorneys for Papadopoulos declined to comment on the matter Monday, but said they “look forward to telling all of the details of George’s story” when called upon by the court. END_OF_DOCUMENT_TOKEN_TO_BE_REPLACED

A Gigantic Step Backwards: Trump Bans Transsexuals from the Military on the Anniversary of Truman’s Desegregation of the Armed Forces 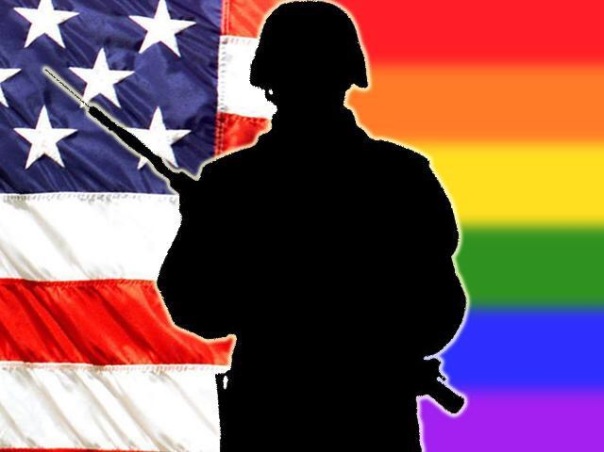 Russian dissident Gary Kasparov said this on Twitter yesterday shortly after President Trump announced on the same platform that Transsexuals, even those currently serving honorably would not be allowed to serve in the military. Kasparov noted:

“The autocrat always requires enemies to protect his base from. If real enemies don’t exist, they will be created. Minorities preferred.”

Yesterday I was debating whether to write about President Harry Truman’s courageous decision sixty-nine years ago yesterday to desegregate the U.S. Military. I didn’t because first I have written about it before and I couldn’t come to a decision on how I wanted to approach it. So I wrote an article combining baseball that the principle of interiorizing public rules, norms, traditions, and behaviors that are necessary for our Republic to survive.

There WAS A Terror Attack In Sweden Recently, But They Were Neo-Nazis.

It is interesting that Trump won’t recognize such groups as terrorists in the U.S., but does call them by that name when they’re in Sweden.

Trump drew international attention—again—by claiming there was a terror attack in Sweden on the night of Feb. 17. To cover his gross lie, he tweeted today that his remarks were in reference to something Fox News reported, which is either just another lie, or a gross misunderstanding of a documentary Fox News aired. But it seems that there really was a terror attack in Sweden recently, in a city called Gothenburg.

The suspected terrorists in this attack were Neo-Nazis, and they attacked a refugee center in Gothenburg with a homemade bomb last month. One person was seriously injured in the attack.

Swedish intelligence said that the attack was linked to two others in Gothenburg, and appeared to be politically motivated, which isn’t shocking if the terrorists were white Neo-Nazis, and members of a white supremacist group…

But, Trump doesn’t address when and why those slave states turned Red.

Republican Donald Trump on Tuesday night called Democrats the “party of slavery” and praised what he called the millions of African Americans with career success, as he tries to revamp his outreach to minority voters.

Trump has made much-maligned efforts to appeal to black and Hispanic voters, groups that generally support Democrats and are expected to vote heavily for Hillary Clinton in the Nov. 8 election.

“The Republican Party is the party of Abraham Lincoln,” Trump said at a rally in Everett, Washington.

“It is the Democratic Party that is the party of slavery, the party of Jim Crow and the party of opposition,” he said, referring to racial segregation laws that once existed in the American South.

The Republican nominee has said Democrats failed minority voters with…

From morning and into the night. a lot happened yesterday. Thanks for the info.