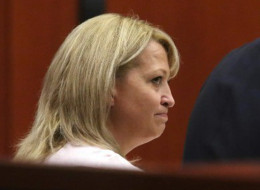 It’s a case that did not get much attention outside of the Florida. In or about April 2012 after George Zimmerman was charged with second degree murder for killing unarmed 17-year old Trayvon Martin, I began researching stand your ground cases in Florida. Smithey’s case was one of several that caught my attention, along with the cases of John Orr, and Trevor Dooley.

On May 4, 2010, Smithey shot and killed Robert Cline III, her estranged husband. She claimed that he was raping her after they had consensual sex, and cut her throat and stabbed her in the side. Smithey claimed that she shot Robert once in the chest. The medical examiner however, said that there were two entrance wounds. END_OF_DOCUMENT_TOKEN_TO_BE_REPLACED

Since the George Zimmerman case, Florida’s Stand Your Ground (SYG) law has grabbed worldwide attention.  Florida requires that those applying for conceal carry licenses attend classes.  However, as we learned from the jurors in Zimmerman’s case, there are Florida citizens who have concealed carry licenses who do not understand SYG law.  This brings forth more interest as we watch Florida courts decide SYG or self-defense cases. END_OF_DOCUMENT_TOKEN_TO_BE_REPLACED