Since the George Zimmerman case, Florida’s Stand Your Ground (SYG) law has grabbed worldwide attention.  Florida requires that those applying for conceal carry licenses attend classes.  However, as we learned from the jurors in Zimmerman’s case, there are Florida citizens who have concealed carry licenses who do not understand SYG law.  This brings forth more interest as we watch Florida courts decide SYG or self-defense cases. 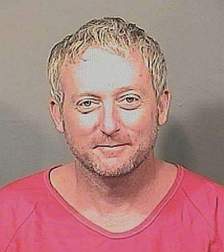 On September 3, 2012, William T. Woodward of Titusville, FL, walked out of his home, went to his neighbor’s property and opened fire on Bruce Blake, 44, Gary Lee Hembree, 39, and Roger Picior, 44.  Hembree and Picior were killed.  Blake was shot 11 times and was placed in a medically induced coma.  He survived.

Woodward is charged with two counts of first-degree premeditated murder, and one count of attempted first-degree murder.  He is being held in Brevard County jail.  Prosecutors are seeking the death penalty.

Woodward’s attorneys have filed a motion demanding that a jury determine whether the murder charges should be dismissed under Florida’s Stand Your Ground Law.  That is out of the ordinary, as Florida statute provides that pre-trial immunity hearings be decided by a judge.

Melbourne, Florida attorney Kepler Funk said it was “valid” that Woodward would want an independent jury to make this decision rather than a judge, but felt it is unlikely the court would convene one for this pretrial hearing.  “It’s novel for sure, and I’m all for thinking outside the box, so I commend him for that,” he said. “I don’t know the court’s going to grant the motion though.”

Assistant State Attorney Wayne Holmes explained that a Stand Your Ground case is to be determined based on the facts and circumstances of the case – there isn’t a concrete legal definition. “As with many things in not only the law, but life in general, you’ve got to have a certain amount of flexibility,” he said, later adding: “There’s a certain amount of ability to take the facts, whatever they may be and apply it to that law. Sometimes it fits perfectly; sometimes it doesn’t fit at all.”

Blake, the sole survivor of Woodward’s shooting rampage, has been unable to work during the year of his recovery, and was recently evicted from his residence.  Blake is married and has 2 daughters.  The Blake Family fund is set up at TD Bank to receive donations.

On October 3, 2012, the Honorable Judge Kenneth Lester denied Anita Smithey immunity under Florida’s Stand Your Ground.  Smithey has been charged with killing her husband, and obstruction of justice.  Smithey admitted to stabbing herself in effort to solidify her claim of self-defense. Discovery continues in that case. 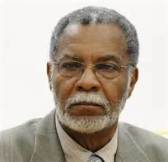 Trevor Dooley’s manslaughter conviction is pending appeal.  More on the Dooley case can be read here and here.

John Orr, charged with 2nd degree murder, was denied immunity.  His trial is scheduled to begin September 30, 2013.  More on the John Orr case can be read here.

Michael Dunn is charged with one count of 1st degree murder, and two counts of attempted 1st degree murder.  Although claiming stand your ground, Dunn has not yet petitioned the court for a pre-trial immunity hearing.  His trial is scheduled to begin sometime in January 2014 or early February 2014.