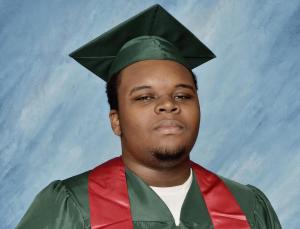 In 2015, Michael Brown Sr. and Lesley McSpadden, the parents of 18-year Michael Brown, filed a suit against the city of Ferguson, MO, the former Police Chief Tom Jackson and former police officer Darren Wilson.  Today, the city settled that lawsuit.

“The gross settlement amount is fair and reasonable compensation for this wrongful death claim and is in the best interests of each plaintiff.”

In 2014, Michael Brown was shot multiple times, with the fatal wound being to the top of his head, spilling his brains onto the street.  His body laid in the street for more than 4 hours.  A grand jury failed to indict Darren Wilson, and the DOJ began a probe that found systematic racial discrimination in Ferguson that targeted Black residents and created a “toxic environment.”  The report said the city overwhelmingly arrested and issued traffic citations to Blacks to boost city income, and used the police as a collection agency.

A grand jury decided not to charge Wilson, and the U.S. Justice Department declined to bring any charges of civil rights violations against him.

The controversy over whether Darren Wilson was justified appeared to center around whether Michael Brown had his hands up when Wilson went into a shooting rampage that included at least one bullet going into an apartment.  After shooting Michael, Wilson described the 18-year old as looking like a “demon” thereafter, causing him to fear for his life.

James Knowles, the mayor of Ferguson, and Anthony Gray, the lead attorney for Michael’s parents, declined to comment about the settlement.

← Former Milwaukee Police Officer Dominique Heaggan-Brown On Trial For First-Degree Reckless Homicide
I’ve Been Cited In Two Professional Publications And Other Stuff About Blogging →
%d bloggers like this: