On Dec. 28, 2014, Baltimore police officer Wesley Cagle and three other officers responded to a commercial burglary. Authorities say 47-year-old Michael Johansen ran from the building and officers ordered him to show his hands. 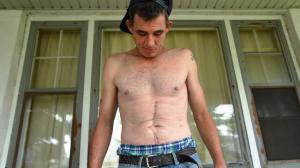 Officers said that Michael reached down as if going for a gun, and two officers shot him. Prosecutors say that Cagle then approached Michael who was lying on the floor and shot him once in the groin.

“In a rare conviction in a use-of-force case against a police officer, jurors found Wesley Cagle, 46, guilty of first-degree assault and a handgun charge. Prosecutors said Cagle shot Michael Johansen in the groin as he lay in the doorway of an East Baltimore corner store after two other officers had shot the man.”

The jury’s foreman was interviewed and said that the video where Michael had his hands up saying he was unarmed, helped the jury reach its verdict of guilty.

“There was no need for him to take that final shot,” said jury foreman Jerome Harper.

Michael testified that he was a heroin addict who was looking for money on the night he was shot.

The two other officers who shot Johansen; Isiah Smith and Keven Leary, were cleared in the shooting and testified for the prosecution. 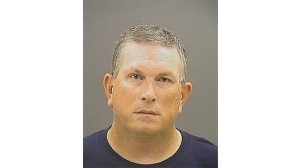 Cagle, a 15-year veteran of the Police Department, stood silently at the defense table with his attorneys as the verdict was read.  Members of his family who were seated behind him cried when hearing the verdict.

Cagle had been suspended without pay.  After the verdict, Baltimore Police Commissioner Kevin Davis said he would take immediate action to terminate Cagle’s employment.

← Virginia Officer Stephen Rankin Found Guilty Of Manslaughter
Chicago Police Shoots Unarmed Suspect In The Back →
<span>%d</span> bloggers like this: