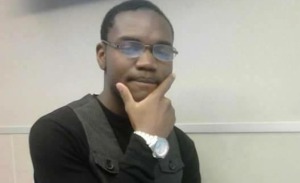 It began on April 22, 2015 in a Walmart parking lot in Portsmouth, Virginia.  Police received a call of a shoplifter.  Portsmouth police officer Stephen Rankin came to the scene and saw 18-year old William Chapman walking in the parking lot.  William was wearing a backpack.  Rankin stopped Chapman on suspicion of shoplifting.  William denied that he shoplifted anything.

The situation ended with Rankin shooting William twice, once in the chest, and once in the face.  The coroner found that William was handcuffed when he was shot.  No stolen property was found on William.  An autopsy report found that the shots were not fired at close range, which contradicted Rankin’s story that William was close to him, failed to comply with his demands, and lunged at him.  A video of Rankin’s taser was examined.

An investigation was held that was completed on August 21, 2015.   A grand jury indicted Rankin.  He was charged with first-degree murder and using a firearm to commit a felony.

It was not the first time that Rankin killed a suspect.  Four years before killing William Chapman Rankin killed 26-year old Kirill Denyakin, a Kazakhstani national who worked as a hotel cook.  Kirill was unarmed.  In 2011, Rankin shot Denyakin 11 times.  Chapman’s version was that Denyakin went into his waistband, giving him reason to believe that he had a gun. A grand jury did not indict Rankin in that case.  However, Rankin was disciplined for posting violent remarks and Nazi images online.  He was taken off the streets, barred from patrolling, for 3 years.

After the indictment for killing William, Rankin was terminated from his job as a police officer. The judge denied the prosecution from bringing forth Rankin’s past killing and social media postings at trial.

“The law does not say that because you do not comply you have to die.”

A jury of 7 women and 5 men deliberated 13 hours and on Thursday, August 4, 2016, found former police officer Stephen Rankin guilty of voluntary manslaughter.   The court immediately held sentencing and the jury left to deliberate.  They returned with a recommendation that Rankin serve two and a half years in prison. Judge Johnny Morrison will formally sentence Rankin on Oct. 12. The judge can sentence Rankin to less time than what the jury recommended, but not more.

Rankin will remain out on bond until his formal sentencing on October 12, 2016.