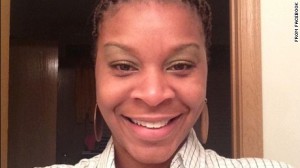 On July 10, 2015, Texas Department of Public Safety trooper Brian Encinia stopped Sandra Bland for failure to signal a lane change.  Sandra was 28-years old.  She was in Texas to start a job on August 3, 2015 as a summer program associate with Prairie View A&M University in Waller County, Texas.

Upon returning to Sandra’s car with citations for her to sign, Encinia asked Sandra to put out her cigarette.  When Sandra asked Encinia why she would need to put out her cigarette in her own car, Encinia ordered Sandra out of her car, and taking out his stun gun, threatened to “light” her up if she did not comply.  Encinia accused Sandra of assaulting him and she was taken to jail.

On July 13, 2015, Sandra was found dead in her jail cell.  She was found hung with a plastic trash bag around her neck, from a partition that was shorter or about the same height as Sandra, who was 6 feet tall.

In January 2016, a grand jury indicted Brian Encinia (the arresting officer) for perjury.  The grand jury did not believe Encinia’s statement that he wanted Sandra removed from her car so he could conduct a safer traffic investigation. The Texas Department of Public Safety terminated Encinia for violating department standards. Encina was freed on a $2,500 bond.  If convicted for perjury, he faced up to a year in jail and a $4,000 fine.

In March 2016, Brian Encinia was formerly fired from his law enforcement job.

According to papers filed today with the Waller County Courthouse in Hempstead, Texas, the prosecutor has dismissed the charge of perjury.  Before the special prosecutor agreed to dismiss the charge, Encinia said he no longer wanted to work in law enforcement, and surrendered his Texas Commission on Law Enforcement license.

“He did not commit any criminal act. He would do anything in the world to go back and change the circumstances if he could,” said Lewis, who said his client was a victim of “righteous outcry over the death of Sandra Bland.”

According to the LA Times, Sandra Bland’s family was not given notice that the charge against Encinia was being dismissed. Attorney Cannon Lambert who represents Bland’s family stated;

“You cannot expect communities to feel confident with the system if officers are caught lying in written documents and are not held accountable. “The notion that the special prosecutor would make a decision like this in the face of the kind of case without communicating with the family is deplorable.”

In September, 2016, Bland’s family settled a wrongful death lawsuit for $1.9 million.  The lawsuit was filed against Waller County and the Texas Department of Public Safety.

Sandra’s death has not been in vain.  In June, 2017, Texas Governor Greg Abbott signed into law the Sandra Bland Act. It forces county jails to send people with mental health and drug abuse issues to treatment, eases the ability of defendants to get personal bond if they have a mental or intellectual disability, and requires independent law agencies to investigate prison deaths.

← Other People Do Not Define You
Police Officer Faces Disciplinary Action For Failure To Use Deadly Force →
%d bloggers like this: