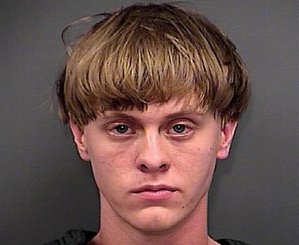 Dylann Roof, found guilty of the murder of nine people, and sentenced to death.

The jury began their deliberations early this afternoon.   It did not take them long to decide that Dylann Roof, the murderer of nine people, receive the death penalty.

At closing argument, Roof reminded the jury that its decision must be unanimous.  Apparently, he was looking to impress upon just one juror not to sentence him to death.

Also during his closing argument, Roof told the jury,  “I still feel like I had to do it.”

It is reported that every member of the jury looked directly at Roof as he spoke for about 5 minutes.

“They welcomed a 13th person that night … with a kind word, a Bible, a handout and a chair,” Richardson said during his closing argument. “He had come with a hateful heart and a Glock .45.”

← A Song Running Through My Head and Open Discussion
President Barack Obama’s Farewell Address →
%d bloggers like this: