Munoz alleged that he suspected a 20-year old woman of purchasing marijuana and that she threatened him.  Jason was there with his cell phone because those present believed it to be an unlawful stop and frisk. Munoz alleged that Jason was interfering with his arrest of the woman; that he took a “fighting stance” and threw a punch at him.

Munoz booked Jason for obstructing governmental administration, disorderly conduct, and resisting arrest.  Jason was arrested and jailed for 24 hours before being released on $1,500 bail.

It wasn’t video on Jason’s phone, but surveillance video of a local restaurant that revealed that Jason had not engaged in the actions attributed to him by Munoz, and that Munoz had unlawfully searched the woman as she stood on the sidewalk. END_OF_DOCUMENT_TOKEN_TO_BE_REPLACED

Robocop Finally Goes To Jail Or, How To Use A Badge To Keep A Predominately Black City Oppressed

I’m a bit late with this story. I was not going to blog about it, but last night a dear friend told me that I had to. He said that I needed to express my opinion about how cities are placed in conditions of oppression, and the subject police officer in this case is a perfect example.

William Melendez was a police officer for the City of Detroit from 1993 to 2009. He received more civilian complaints than any other officer in the department. He was nicknamed “Robocop” like the movie character, purportedly because of his merciless violence against criminals. Melendez was accused of planting evidence, wrongfully killing civilians, falsifying police reports, and conducting illegal arrests.

Melendez has been a named defendant in at least 12 federal lawsuits. Some suits were settled out of court. Others were dismissed. Three years into the Detroit police force, Melendez and his partner fatally shot Lou Adkins. Witnesses testified that Adkins was shot 11 times while on the ground. The case settled for $1.05 million.

Melendez was also indicted by a federal grand jury for civil rights violations. Among other things, Melendez was accused of stealing guns, money, and drugs from suspects, and planting weapons. During his trial, many of the government’s witnesses had criminal records. The jury did not believe their testimony and Melendez was acquitted. END_OF_DOCUMENT_TOKEN_TO_BE_REPLACED

Shortly after 9 p.m. ET this evening, the jury returned guilty verdicts. It was their fourth day of deliberations. Holtzclaw was not found guilty on some counts, but he was found guilty of enough counts to spend the rest of his life in prison. Holtzclaw is 28 years old. 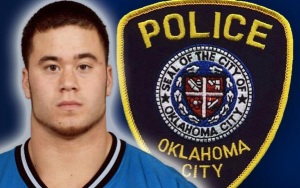 Daniel Holtzclaw was an Oklahoma City police officer who was charged with sexually assaulting 13 women over a 7 month period. The women ranged in age from 17 to 57. It was after the eldest victim came forward that others did also, saying that they had remained silent out of fear of retribution. Holtzclaw was placed on administrative leave in January 2015 when GPS tracking devices were used to corroborate the victims’ stories.

There was some racial controversy. Of the 13 victims, 12 are Black. Oklahoma City is reported to have a 40 percent minority population, but the chose jurors, 8 men and 4 women, were all White.

Victims gave testimony describing Holtzclaw’s acts which I will not repeat here. They were deplorable and you can read about their testimonies on News 9.

Holtzclaw hung his head and began sobbing and rocking back and forth as the verdicts were read. His formal sentencing is set for January 21, 2016.

The Killing of Laquan McDonald

It’s not what Laquan did or did not do. Rather, it is what the Chicago Police Department did after officer Jason Van Dyke killed Laquan.

Brandon Smith’s introduction on The Guardian, says that he  is a Chicago-based independent journalist who, with the help of whistleblowers and the Freedom of Information Act, has reported on civil rights abuses, privatization of public assets, digital privacy concerns and pollution of land and water.”

“Independent journalist.” I like that title because it reflects a form of journalism that has almost gone the way of the dinosaur. It would be correct to replace “independent” with “investigative” in this matter, because what Brandon Smith did goes beyond reporting. Without the backing of a publication to finance his endeavors, Brandon Smith did not have to proceed at his own costs. Brandon worked along with another independent journalist, Jamie Kalven, and University of Chicago law professor Craig Futterman. Because they are independent journalists, they aren’t often issued press credentials to attend press conferences and such.  In fact, he was not allowed to attend the press conference that discussed the release of video that came about due to his persistence and good work.

Had they not been independent and determined, we would not have the video of the killing of Laquan McDonald. Without the release of the video, Chicago police officer Jason Van Dyke would still be on paid desk duty; and his fictionalized report of what happened would be business as usual in cover-ups.

Kalven filed the Freedom of Information request for the video. The City declined his request. Brandon’s battle for release of the video began in May, 2015. In an article published in The Chicago Reader on August 7, 2015, Brandon wrote:

“But I’m not taking no for an answer—particularly in light of Kalven v. Chicago, an Illinois Appellate Court decision last March that established information about police misconduct is public, except in limited circumstances that don’t apply in the case of the McDonald shooting video.”

END_OF_DOCUMENT_TOKEN_TO_BE_REPLACED

On June 2, 2013, Ricardo Diaz Zeferino and Eutiquio Acevedo Mendez were helping a friend look for his stolen bike.

Police responded to a call about a bicycle stolen from outside a CVS drugstore on Western Avenue. The police dispatcher mistakenly told the officers that the crime was a robbery, which generally involves a theft using weapons or force. One of the suspects was described as wearing a yellow shirt.

The officers headed to the area in search of two suspects. Sergeant Christopher Cuff saw two men riding bicycles. Mistaking them for the thieves, Sergeant Cuff ordered the men to stop and put their hands up.

Diaz-Zeferino, whose brother owned the stolen bicycle, ran up to his friends as they stood before the police car.   They tried to tell the police that the bike stolen belonged to his brother. END_OF_DOCUMENT_TOKEN_TO_BE_REPLACED

If Only All Police Wore Body Cams?

All this time that we’ve reported on law enforcement killing unarmed civilians, and there are times I feel overwhelmed because the cases, and knowledge of cases, come faster than I can keep up.  Because of new situations almost weekly, if not daily, it’s also difficult to follow-up on cases previously reported.

There are times I feel hopeless because each time we think we have an answer to reduce or stop the number of police involved shootings of unarmed citizens, we find the end result is always up to a human being who listens to the story of the cop who fired the gun. The living have opportunity to say what they thought and felt. The dead do not.

I cry. This time, I cry for Dillon Taylor and I also cried for Bron Cruz, the cop that killed him. I cried for Cruz because he wanted so badly for Dillon to be armed, that while Dillon’s blood was running like a river, and he went into seizure, that did not hinder Cruz from searching Dillon not once, but twice. I cried for Cruz because he planted seeds of blame in his garden of life rather than seeds of compassion.

END_OF_DOCUMENT_TOKEN_TO_BE_REPLACED

The Killing of Walter Scott

There is no way that Slager or the conspiracy theorists can lie their way out of this one… This video establishes the following;

Walter was already hit with the taser and likely knocked down by the taser just prior to the shooting.

5 Ft. Lauderdale Cops No Longer On Force Due To Racist Text Messages

ALERT: This article contains racial and other slurs that were used in text messages

Priscilla Perez was engaged to 22-year old Alex Alvarez. Alvarez was a police officer in Ft. Lauderdale, Florida. They are no longer engaged. Priscilla and Alex had an agreement to check each others cell phones to make sure that neither were behaving badly. Priscilla wanted out of the relationship and in October 2014, she called the police for a domestic disturbance. Alex put on his police uniform. Priscilla was afraid of retribution, so she acted first, sending an email to Police Chief Frank Adderly saying there were racists in his outfit.   That prompted an internal affairs investigation.

In late January, Alvarez resigned before the investigation was completed and before he had to make a sworn statement about the allegations. The investigation also involved 3 other officers who last week, were terminated from their positions.

Priscilla sent screen shots of text messages between the four police officers and gave a sworn statement to internal affairs outlining Alvarez’s racist views against Blacks. The texts are alleged to have been sent while the officers were on duty. There is also a video in the investigation, allegedly made by Alvarez. The video, titled “The Hoods” uses the likenesses of his fellow officers (called “Savage Hunters”) cut with images of KKK hoods, vicious dogs, slave holders, blood, and President Obama with a mouth full of gold grills, pointedly calling the president a “n****er.” END_OF_DOCUMENT_TOKEN_TO_BE_REPLACED

There’s no sound to either video.  It starts before Kristiana arrives. Since there is no sound, there is no way of knowing why the first officer restrained, but not handcuff her, even though it is now reported that she told the officer she had a gun.

Suicide, even by cop, is not a desire to die but a desire to stop the pain.  Kristiana was hurting inside.  May she rest in peace.