There is a judge that gave an unbiased opinion on what the officers should and should not be charged with. I don’t think that the grand jury was presented with that opinion. Thanks for remembering Tamir.

This is not the blog I planned for today. However, I lived in Cleveland, OH for twenty five years. My late husband was an engineer at Channel 8 TV where I got this breaking news.

Cleveland is a city that is trying hard to improve itself and it has in many ways. However, Cleveland is in Cuyahoga County and the FBI has unearthed corruption more than once. Elected officials are at this moment in time doing time for graft, corruption and a variety of other crimes.

I was still living there when Tamir Rice was shot to death. It was winter and there was snow on the ground. Tamir was a twelve year old child who was playing with a toy gun. As children have for generations, he was playing cops and robbers or cowboys or some scenario in his imagination that will we never know about.

We have seen their faces, heard their names, another senseless loss of life. Gone before their time and all for holding a “toy”. As you will see I use “s” when referring to these “toys”. What I’m talking about are air soft and BB guns/rifles. This is the story of 3: 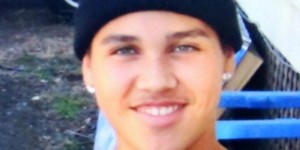 1. October 2013; Andy Lopez, 13, of Santa Rosa CA was walking to a friend’s home and was carrying a look-a-like AR air soft “toy” and an air soft pistol “toy”. The pistol was tucked into his waist band and while this one had an orange tip, it was not visible due to being tucked into his waistband. The officers approached from a safe distance from behind and used their vehicle as a shield. They instructed Andy to put down the weapon but instead Andy turned toward the officers and, according to the officers, started to raise the “toy”. 8 shots rang out with 7 of them striking Andy. Most were non-fatal injuries except for the shot to the chest.

2. August 5, 2014; John Crawford III, 22, Fairfield, Ohio. John was out with a friend and was in a Wal-Mart store when he picked up a look-alike assault air rifle “toy” from one of the sporting good aisles of the store. The “toy” had been removed from the box by an unknown person and was not loaded. While he carried the “toy” around a Ronald Ritchie approached store management and then called 911 with a story, in fact it is filled with outright lies. He claimed that Crawford was waving the rifle around and pointing it at children and several times told the 911 dispatcher that he was loading ammunition into the rifle. You can listen to the 911 call and the store’s video which have been timed together.