Any Discussion – Lots of News

Caterpillars, moths, butterflies, and all creatures great and small,

Rather than writing separate posts, here’s a summary of things in the news. Feel free to share other news or whatever is on your mind. By going to the links embedded, you can find additional information and news on the summaries below.

In effort to stop policing for profit, Ferguson, MO. Municipal Court Judge Donald McCullin, who was appointed in June, has announced sweeping changes to the city’s court system. All active warrants issued before December 2014 will be withdrawn. The accused will be given new court dates and alternative penalty options such as payment plans or community service. 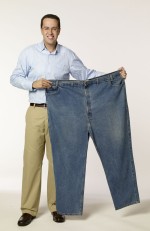 Jared Fogle who is famous for pitching Subway for losing weight, has plead guilty to federal charges of distribution and receipt of child pornography and unlawful sex acts with minors. He has agreed to pay restitution of $1.4 million to be divided among the 14 minor victims. END_OF_DOCUMENT_TOKEN_TO_BE_REPLACED