It took 8 Months of Investigation, But Man Is Arrested for Cyber-bullying 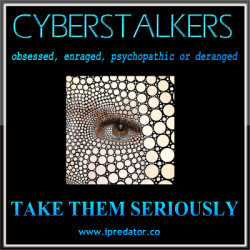 It involved 38 alleged victims across Canada, the United States and the United Kingdom.  Investigation took 8 months and involved law enforcement agencies in B.C. Ontario, New Brunswick, Halifax, the State of Michigan and in the U.K., Hertfordshire and London.

A victim said that Campbell posted fake, defamatory social media profiles for him, his daughter, and his mother. He worried that his children would be hindered in applying for school because of the fake profiles.

The posting of profiles and social media pages impersonating others, is considered identity fraud. END_OF_DOCUMENT_TOKEN_TO_BE_REPLACED

There are very important stories today. Thanks for putting them together.

My heart goes out to the families of those killed in the mine.

Happy to hear that there is a stay of execution for Robert Campbell. There is no “humane” way of killing a human, and the mentally challenged should not be executed.

The Judge in Idaho did the right thing, IMO, to strike down that state’s amendment banning same-sex marriage.

1. U.N. Syria envoy Brahimi steps down
The United Nations’ envoy in Syria, Lakhdar Brahimi, quit on Tuesday, saying he was frustrated with the lack of progress in negotiations to end the country’s three-year civil war. “It’s very sad that I leave this position and leave Syria behind in such a bad state,” Brahimi said. In another setback, France’s top diplomat said evidence indicated Syria had used chemical weapons a dozen times since signing a treaty banning them. [The New York Times]