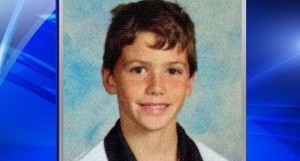 Nathan Andrew Clark was staying in the Comfort Suites hotel while participating in the Capital Area Soccer League tournament in Lewisville, North Carolina. He was lying down in his hotel room when a woman called 911, saying that she “had no idea” what happened but that he was bleeding profusely from a bump on the back of his head. She thought that he might have hit his head.

In a nearby room was Randall Louis Vater, who as recently as October 25th, was in police custody. Vater is a convicted felon, but was in possession of a firearm that he said was accidentally discharged and traveled through the wall, killing Nathan. Vater’s time in prison included violating a restraining order, making threats, and a hit-and-run. He is currently held at the Wake County Detention Center, charged with involuntary manslaughter and possession of a firearm by a convicted felon. END_OF_DOCUMENT_TOKEN_TO_BE_REPLACED