On Friday, 35-year-old Jeremy Joseph Christian, of north Portland, Oregon, boarded a light rail MAX train in Northeast Portland.  He apparently had a chip on his shoulder and, for no discernable reason, began berating two women, one of whom was wearing a hijab.  He began ranting and shouting, telling them to “Get off the bus, and get out of the country because you don’t pay taxes here”.  Fearing that his rants were escalating, at least three other passengers acted to try to calm Mr. Christian and protect the two women.  Two of the three men are now dead, the third is in the hospital being treated for non-life-threatening injuries, and Mr. Christian is being held without bond in police custody on two counts of aggravated murder, one count of attempted murder, two counts of intimidation in the second degree and one count of possession of a restricted weapon…

Thanks for the history and being candid. I totally agree that this is a dangerous group, and they are playing to other hate-groups that have, since 2008, wanted a civil war in this country to destroy the federal government.

It is seldom now that I get this spun up, but I have had it with violent conspiracy theorists using the cover of patriotism to mount an insurrection. Let’s be honest and call what is happening in Oregon what it is. It is armed insurrection and terrorism being perpetrated by extreme right wing, pseudo-Christian, white supremacists, and neo-Nazis. The list of extreme supporters has exploded on the Internet today, and frankly if you actually bother to read something about them even their own materials, they are a violent and dangerous bunch.

Led by Cliven Bundy’s sons Ammon, and Ryan Bundy, and former Army sergeant Ryan Payne who threatened to kill Federal agents during the standoff at the Bundy Ranch in 2014, these people are a threat, not just to society in general, but to the causes that they purport to… 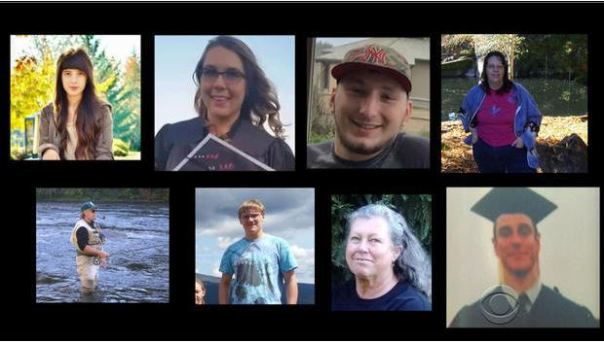 Top row from left to right:

Bottom row from left to right:

The names and/or condition of the wounded have not been released. 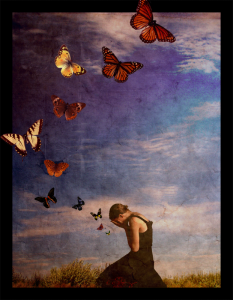 The University of Iowa; 5 dead, including the killer.

Columbine High School; 15 dead, 21 wounded. The 2 killers are counted among the fatalities.

West Nickle Mines School; 6 dead, 3 wounded. The killer is counted among the fatalities.

Virginia Tech; 33 dead, 25 wounded. The killer is counted among the fatalities.

Northern Illinois University; 6 dead, 21 wounded. The killer is counted among the fatalities.

Sandy Hook Elementary School; 28 dead, 2 wounded. The killer and his mom who he killed before going to the school are counted among the fatalities.

Marysville Pilchuck High School; 5 dead, 1 wounded. The killer is counted among the fatalities.

Yesterday, Chris Harper Mercer killed 9 people and wounded 7 others. Mercer is counted among the total fatalities of 10. He was killed by police. According to CNN, Mercer was armed with three handguns and an AR-15-style long gun.

Kortney Moore, 18, told the News-Review she was in her Writing 115 class in Snyder Hall when a shot came through the window. Moore said she saw her teacher get shot in the head. The shooter then reportedly told the students to get on the ground before asking people to stand up and state their religion. He then began firing. Moore said she was lying on the ground with people who had been shot.

At this time, I don’t want to write about the killer. Hollywoodlife has reported 5 things you need to know about Mercer, including clearing up early rumors .  CBS has published about Mercer’s background.  Right now, I don’t really care.  What I care about is gun control. END_OF_DOCUMENT_TOKEN_TO_BE_REPLACED

On July 11th, I reported the murder of 5-year old Alysa Bobbitt. The man who murdered Alysa, 30-year old John Meyer, was using an assault rifle as a crutch that went off, shooting through the ceiling into the apartment where Alysa and her mom were visiting with a friend.

There were questions about who owned the gun and those questions were not answered when Meyer was arrested. Without going to trial, he agreed to a plea of manslaughter and was sentenced to 6 years and 3 months.

After Meyer was sentenced, the Daily Courier reported that federal authorities were investigating the background of the rifle. It was suspected that the assault rifle either malfunctioned or had been illegally tampered with. What was uncovered resulted in the arrest of 26 people, with 5 more being sought. END_OF_DOCUMENT_TOKEN_TO_BE_REPLACED

Her name is Alysa Bobbitt.  She was 5-years old and lived in Shady Cove, Oregon. On June 27, 2013, Alysa and her mom were visiting Karen Hancock in a Grants Pass apartment. END_OF_DOCUMENT_TOKEN_TO_BE_REPLACED

Way to Go! What took America so long?

Social Justice For All

NOM demanded that the Supreme Court issue a stay on McShane’s ruling while they desperately scrambled to find a way to reverse it. The petition went to Justice Anthony Kennedy, who presides over such matters for the region that includes Oregon. Kennedy requested briefs from NOM, the plaintiffs who won McShane’s decision and the state of Oregon. After those briefs were filed on Tuesday, the Justice referred the matter to the entire Supreme Court.

The full Court responded with a clear “go away!” message to NOM.

The application for  stay presented to Justice Kennedy and by him referred to the Court is denied.