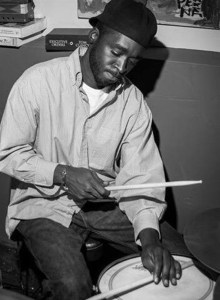 The incident happened on October 18, 2015.  It appeared to be another case of a Black man on the side of the road being shot down by a cop who claimed that the “suspect” had a gun and he feared for his life.  The family of Corey Jones waited more than 3 years for the trial of Nouman Raja, 41.  The trial lasted 8 days, and the jury deliberated for 4 hours.  The all White jury of 4 men and 2 women convicted Raja of manslaughter by culpable negligence while armed, and attempted first-degree murder with a firearm.

The manslaughter count is punishable by up to 30 years.  The attempted murder count, for the bullets that missed Corey, is punishable by 25 years to life.   On April 25, 2019, Raja was sentenced to 25 years in prison for both counts, to be served concurrently.

The most interesting evidence in this case was the audio tape of Corey Jones calling for a tow truck.  Raja gave a false report that he immediately identified himself as a police officer.  Sun-Sentinel reports:

This case, joining a series of police killings of young black men across the country, turned on the discovery of Jones’ recorded call for a tow truck that early morning of Oct. 18, 2015, on a highway off-ramp.

Played repeatedly in Raja’s eight-day trial, it allowed the jury to hear the tragic 3:15 a.m. encounter between the Palm Beach Gardens police officer and the beloved musician and family man, ending in six gunshots.

Prosecutors said Raja never identified himself as an officer and acted so aggressively that Jones must have thought he was about to be carjacked or killed. Raja said he first thought the SUV was empty, but then saw Jones inside. Raja’s supervisor testified the officer had been told to don a police vest if he approached a civilian. He didn’t. Prosecutors also questioned why Raja didn’t pull his badge from his pocket. END_OF_DOCUMENT_TOKEN_TO_BE_REPLACED