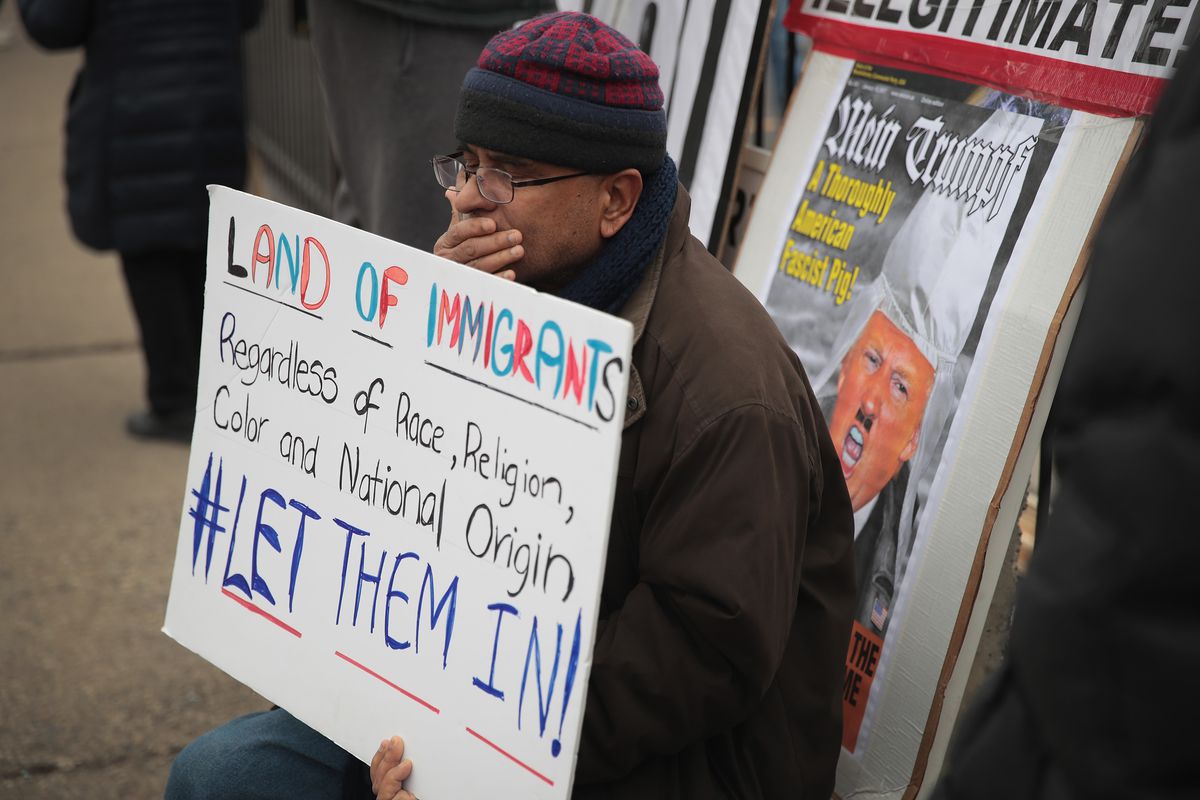 A federal judge on Wednesday stopped President Trump’s second attempt to temporarily ban visa holders from several majority-Muslim countries — and nearly all refugees — from entering the United States, hours before it was supposed to take effect. The ruling found that the order likely violates a constitutional prohibition against religious discrimination.

It was a scathing rebuke for an order that administration officials spent weeks reworking, in hopes of avoiding the judicial blockade that the first attempt sailed into in January.

Trump immediately panned it, in a speech in Tennessee. “This is, in the opinion of many, an unprecedented judicial overreach,” he said.

The temporary restraining order came from federal judge Derrick K. Watson, of the District of Hawaii. It prevents the Trump administration from going forward with its plan to stop issuing visas to residents of Iran, Libya, Somalia…

Because of public interest, the 9th Circuit Court of Appeals plans to live stream oral argument on the temporary injunction order entered by the Washington federal court.  It can be accessed at this link.

Oral argument begins at 3 p.m. P.T.  That’s 5 p.m. CST and 6 p.m. on the East Coast.  Some sources are reporting that the live stream will be audio only because the attorneys are appearing by phone.

The 9th Circuit has also opened a website for documents filed in and proceedings held in the State of Washington and State of Minnesota v. Trump.

It began on January 27, 2017 when Trump signed an Executive Order barring citizens from 7 predominately Muslim countries from entering the United States for 90 days; refugees for 120 days, and indefinitely halts refugees from Syria.

The ACLU filed a petition that resulted in a temporary injunction of Trump’s Executive Order that the court granted. Petitions were filed in other federal circuits as well.

U.S. District Judge Nathaniel Gorton in Boston granted a temporary injunction, but refused to extend it.  It was filed by the ACLU on behalf of 2 University of Massachusetts-Dartmouth professors who returned from an academic conference and were retained at Logan Airport.  The professors are Iranian Muslims and lawful permanent U.S. residents.  They were eventually allowed to re-enter.

It is the order entered by U.S. District Judge James Robart of the US District Court for the Western District of Washington that sprung the Trump administration into action.  That order places a temporary injunction on Trump’s Executive Order nationwide.  Attorneys for the DOJ filed a notice of appeal and motion to stay the temporary injunction.  The 9th Circuit Court of Appeals denied the stay.  It’s the appeal to the temporary order that is scheduled for hearing today.

Follow-up reports will be posted in the comment section.