It happened in Tampa, Florida. 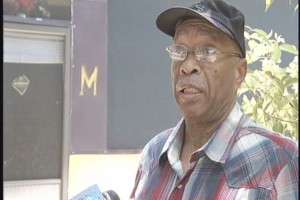 Sam Mobley, 70, has won awards and was recognized by and worked closely with the Tampa police to help rid the neighborhood of drug dealers. This week, Mobley was arrested, charged with aggravated assault with a deadly weapon for firing two warning shots at a convicted drug dealer. Mobley says that he thought the man had a gun in his hand. The man was not hit.

Tampa police arrested Mobley because they say Mobley was not on his property when firing the warning shots. END_OF_DOCUMENT_TOKEN_TO_BE_REPLACED

I wonder — had he killed his attacker, would he have been free under SYG.

The Alexander and Giles SYG Cases

On August 1, 2010, State Attorney Angela Corey filed aggravated assault charges against Alexander that carries a 20-year mandatory minimum sentence when a gun is involved.  Marissa Alexander was convicted on three counts of aggravated assault after firing a warning shot at her ex-husband inside their home in August 2010.   In a 12-page decision, on September 26, 2013, the First District Court of Appeal in Florida wrote that it rejected Alexander’s contention that the trial court erred in declining to grant her immunity from prosecution under Florida’s Stand Your Ground law, but it found that “the jury instructions on self-defense were erroneous” and ordered a retrial.  The decision reverses a May 2012 lower court decision that denied a retrial.

By comparison, The First District Court of Appeal entered a 2-page decision in Michael Gile’s case, affirming his conviction without comment,  but reversed and remanded on an error of fines applied by the State.

While on active duty with the Unites States Air Force and stationed in Tampa, Florida, on February 6, 2010, Michael Giles, a native of Atlanta, Georgia, was invited by a friend to a party in Tallahassee, Florida. Shortly after arriving at their destination the group found themselves in a volatile atmosphere.  The entire club of patrons was pushed outside by security and Michael was separated from his friends, who were the only two people he knew in the area.  Witnesses on the scene stated there were between 20-40 people fighting, describing it as mayhem, dangerous, and even deadly. END_OF_DOCUMENT_TOKEN_TO_BE_REPLACED