Vanessa Williams and Melania Trump. Why The Comparison?

It’s not a comparison between Vanessa Williams and Melania Trump as persons but rather, that they did the same things but were treated differently.

In 1983, Vanessa Williams was crowned Miss America 1984.  She was the first Black woman to receive the title.  In July 1984, directors of the Miss America pageant asked Vanessa to relinquish her title and crown. Vanessa resigned. Here is why.

A free-lance photographer named Tom Chiapel remembered taking nude photos of Vanessa in 1982.  He pitched them to Playboy, who refused his offer.  Eventually, he sold the photos to Penthouse magazine.  Vanity Fair reports that Penthouse paid more for Vanessa’s photos than they had ever previously paid for a spread.

The Washington Post archived a 1984 article about the story, stating

“For 10 months Vanessa Williams has served the pageant and the title of Miss America well,” said the statement released by pageant directors, “but we must make it clear that we cannot and do not condone her actions either in posing for the photographs or in failing to reveal the facts at the appropriate time in the selection process that led to her being awarded the crown.”

“The pageant celebrates the whole woman and its spirit is intrinsically inconsistent with calculated sexual exploitation,” the pageant’s statement said.”

Vanessa called the experience her “rock bottom.”  She was 21-years old when she resigned her Miss America crown and title. END_OF_DOCUMENT_TOKEN_TO_BE_REPLACED

Melania Trump stole portions of the FLOTUS’s speech, plain and clear. She needs to muster up some integrity and publicly admit that instead of having “aids” make excuses for her on the media. 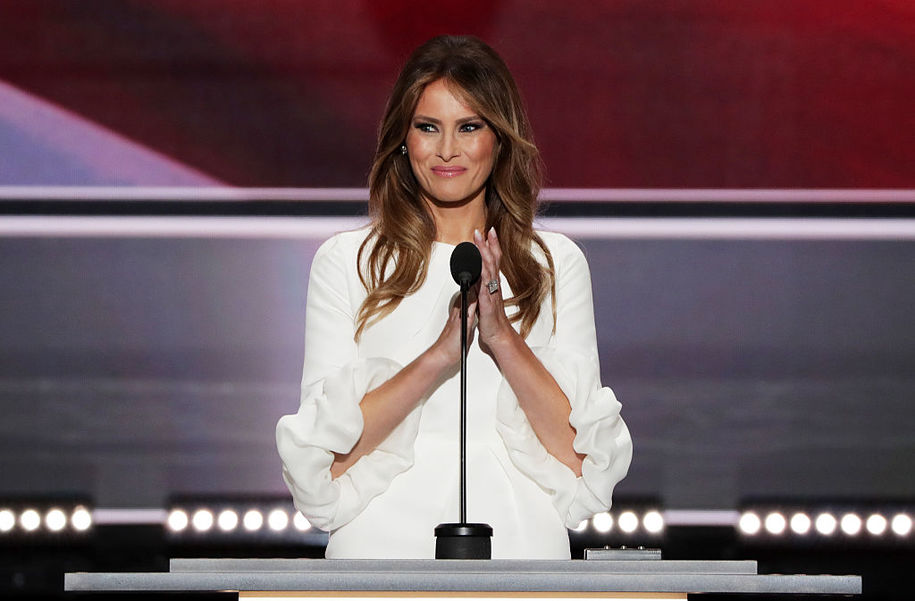 While pundits appeared mildly surprised at Melania Trump’s not-as-bad-as-we-were-expecting speech, tucked in as it was amongst the rantings and raving of D-listers and has-beens, journalist Jarrett Hillnoticed a striking similarity to another well-known speech—one delivered by Michelle Obama at the Democratic National Convention in 2008.

Watch the video and read along with the text below. They are almost word-for-word:

Melania Trump’s stunning plagiarism at the Republican National Convention should by all rights be fatal to her husband’s campaign for president, not merely because she plagiarized but because of who she plagiarized from. Melania, who claimed beforehand that she wrote her speech “with as little help as possible,” stole…