48 year old Rock Island County Sheriff, Jeffrey Boyd, was up for re-election. He has now withdrawn from the race.

On September 11, 2014, Boyd pled guilty to one count of attempted official misconduct based on attempted cyberstalking. As part of his guilty plea, he resigned and forfeited the pension he earned during his term as Rock Island County Sheriff.

Couple Who Paid Off Mortgage Find Their House Mistaken As Foreclosure

Safeguard, a Delaware corporation based in Ohio, is the largest privately held company in the United States hired by mortgage lenders to determine whether a home in default or foreclosure is still occupied.  They are to determine if foreclosed homes are vacant and if so, to ensure it does not lose value . 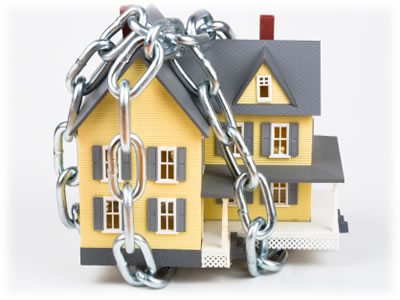 Safeguard however, has secured occupied houses in foreclosure, and secured houses not in foreclosure.  It happened to a couple from Coconut Creek, Florida.

Mel and Harriet never missed a mortgage payment and paid off their mortgage 15 years ago.  Recently, they returned home from a trip to New York to find that someone had broken into their house.  The locks had been changed, the power was turned off, and some of their personal possessions were missing.   Only, it wasn’t a burglar.  It was Safeguard.

Attorney Scott Sobol described SafeGuard’s actions as “legalized burglary.”  Not only was the couple’s home “musty” because of the power being off, but they suffered embarrassment at the idea that their neighbors would think that their home was foreclosed. END_OF_DOCUMENT_TOKEN_TO_BE_REPLACED