Blame It On Nancy — claytoonz

I agree with the Canadian. 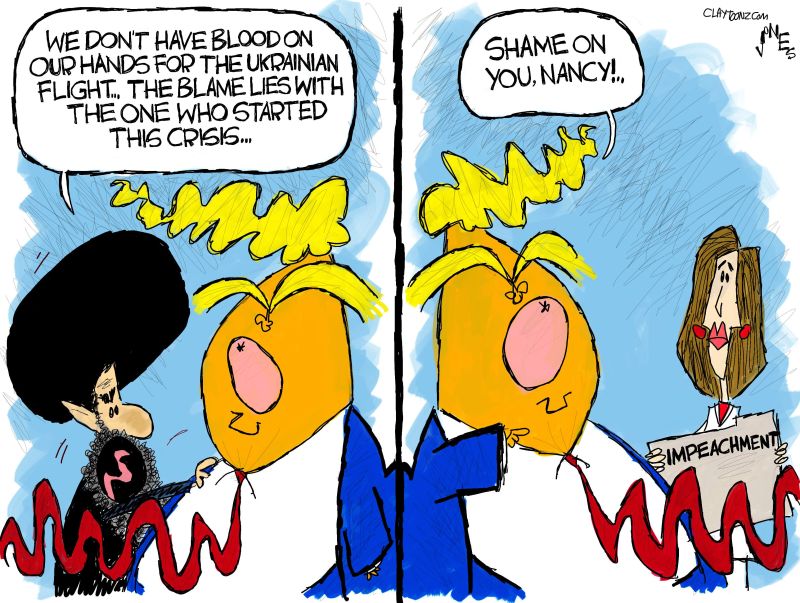 Yesterday, A Canadian CEO blamed Donald Trump for the lives lost by Iran shooting down the Ukrainian airliner. Iran was responding to the United States killing its top general while he was on his way to the airport in Baghdad. The general was killed after Donald Trump ordered his assassination. The CEO, Michael McCain, chief […]

via Blame It On Nancy — claytoonz

Consider the past week in America.

Wednesday, a white man with a history of violence shot and killed two African-Americans, seemingly at random, at a Kentucky Kroger store following a failed attempt to barge into a black church.

After mail bombs were being sent to people who’d been criticized by the President, a suspect was arrested Friday — a man who had railed against Democrats and minorities with hate-filled messages online.

Police Officer Zachary Rosen Killed One Man Before He Kicked Another

Zachary Rosen. Failure to indict for killing a man, he was still on the job kicking a man in the head. This time, his action was caught on camera.

In June 2016, 23-year old Henry Green was shot and killed in South Linden, Ohio by plainclothes police officers driving an unmarked car.  Green had a conceal carry license, but the version given by the officers is that Green fired his gun at them before they returned fire, killing him.

But, this isn’t about the conflicting statements regarding the incident that ended Green’s life.  Rather, it’s about one of the officers who killed him.

On March 27, 2017, a grand jury declined to indict the officers in Green’s death.  One of those officers was Zachary Rosen.  There were witnesses who stated that Rosen stood over Green’s dead or dying body and emptied his clip.  NBC reports that the investigation found that Rosen fired 15 times.

Yesterday, 10tv and other news sources reported on a video of an officer kicking DeMarco Anderson in the head while he was handcuffed and laying face down on the ground.  The Columbus police department has identified that officer as Zachary Rosen.  Rosen has since been placed on non-patrol duty indefinitely pending the results of investigation.

END_OF_DOCUMENT_TOKEN_TO_BE_REPLACED

“If you think black people are relieved that the suspect in the shooting death of two Iowa police officers is a white guy, you’ve got it all wrong.”

“If anything, most black people, like any other law-abiding citizens or residents, were outraged and angered over these kind of sick assaults on our communities.”

“But we are also tired of the speed-of-light rush to judgment, and the collective need to blame black people for all of society’s ills.”

“That is exactly what happened in the hours after police officer Justin Martin and Sgt. Tony Beminio were ambushed by a cowardly lone gunman as they sat in their patrol cars early Wednesday morning.”

“Social media, with its tweet-first-ask-questions-later way of communicating, quickly became an ugly, racist lynch mob intent on stringing up anyone ever associated with the Black Lives Matter movement.” 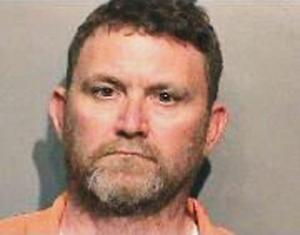 Scott Michael Greene, 46, is the lone suspect for the slayings of Urbandale Police Officer Justin Martin and Des Moines Police Sargent Tony Beminio.  As Leonard Greene describes it, Greene’s turning himself in saved law enforcement the trouble of taking down some innocent black man for the crime.

According to the New York Daily News;

“Police believe Greene began his rampage Wednesday by firing more than two dozen rounds at Urbandale Police Officer Justin Martin as he sat in his squad car about 1 a.m.

“I wouldn’t call it a confrontation,” said Police Chief Ross McCarty of Urbandale, which is in the Des Moines metropolitan area. “I don’t think (Martin) may have even been aware that there was a gunman next to him.”

END_OF_DOCUMENT_TOKEN_TO_BE_REPLACED

Assistant Pastor Shot Dead To Save Him From Drowning

There’s an old saying; “You don’t need to ask a drowning man if he wants to be saved.”

Seven people have died due to floods in Oklahoma, and now there is an additional death but not one that came from drowning. Rather, law enforcement officers stated they were trying to save the man from being swept away by the rising water.

Friday night, Oklahoma Highway Patrol responded to a stranded motorist call near Tulsa. One vehicle was trying to push another from a roadway amid fast-moving waters. The two drivers were Nehemiah Fischer, 35 and his brother, Brandon, 40. Nehemiah was assistant pastor at Faith Bible Church in Tulsa.

END_OF_DOCUMENT_TOKEN_TO_BE_REPLACED 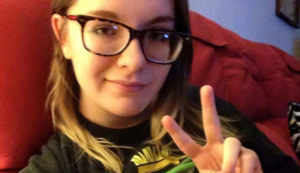 On January 22, 2015 around 6:28 p.m., 17-year old Kristiana Coignard of Longview, Texas walked into the police station, picked up the phone, and told dispatch that she needed to talk to police.

Kristiana was living with her aunt, Heather Robertson. Kristiana’s mom died when she was 4-years old, and Kristiana suffered with depression and bipolar disorder. She attempted suicide several times, and had been hospitalized.

On January 22, 2015, three officers went to the lobby of the police station and shot Kristiana, killing her. Details are currently under investigation. They allege that she threatened them with a knife.

END_OF_DOCUMENT_TOKEN_TO_BE_REPLACED

Logical sense with the opinion. I agree. I read too that they handcuffed her dead body.

This is sad. The deceased leaves behind a pregnant wife, and the killer has a pregnant girlfriend.

2 Police Officers Charged With Murder In Shooting Of Homeless Man

I remember the video where they sent the dog out to maul him after he was dead.

It was New Year’s Eve. Kaileb Williams and his fiancée got into an argument. The fiancee called Kaileb’s mom to come pick her up. The mom did, and when she went into the apartment, she said that Kaileb assaulted her and then took her car with his fiancée in the passenger seat. Kaileb’s mom called the police. In response to a domestic disturbance, Kaileb was shot in the head by Missoula police officer, Cpl. Paul Kelly. Kelly is currently on administrative leave pending the outcome of the investigation, although the initial investigation found that Kelly was justified in shooting Kaileb.

Attorney Terance Perry is representing Rhenon Williams, Kaileb’s mom, and Kaileb’s fiancée. He stated that he has significant issues with the official version of the events. “I’m just going to call it like I see it. It’s execution style.”

Attorney Perry stated that the family has a markedly different story of what happened in the hour before Kaileb was killed by a single gunshot to the head. END_OF_DOCUMENT_TOKEN_TO_BE_REPLACED

Joseph Jennings was 18 years old. He was depressed, had seizures, and was suicidal. His aunt, Brandy Smith, told Ottawa, Kansas police that her nephew tried killing himself with an overdose of pills last week. Two of the officers that took Joseph to the hospital for the overdose were among those who on Saturday, shot Joseph 16 times. Joseph was unarmed.

Smith said that she told the cops that Joseph was suicidal, upset, and to not shoot him. Her husband was within an arm’s reach of Joseph, but the cops threatened to shoot him if he got involved.

“I told them, ‘That’s Joseph Jennings, he’s suicidal, he’s upset, don’t shoot him,’” Smith said. “And that’s what I don’t understand is, why did it take them shooting him 16 times at least for them to bring him down? Why didn’t they bag him, knock him down, and then go and take care of whatever they needed to take care of?” END_OF_DOCUMENT_TOKEN_TO_BE_REPLACED