The victim waited three years for trial, but only had to wait 20 minutes for the verdict.

In 2010, Brittany Assam was 22 years-old, and James Krey was 37 years-old.  They both were police officers with the Davie, Florida police department.  They had dated for 18 months and broke-up in February 2015.  James Krey wanted Brittany to leave town.  He threatened to send naked pictures and a sex video of Brittany to their colleagues if she didn’t leave town.

“Jimmy, please don’t destroy me. I will leave the department,” Brittany said in one text message, which she read to the jury at trial.

“You’re going to have to leave Broward, sweetheart,” he replied. “Anywhere you go, I have people.”

On March 10, 2015, Brittany took the threatening text messages to the Coral Springs Police Department where she resided. James Krey was arrested and placed on paid leave.

In July 2017, Krey asked the court to exclude evidence from his cell phone.  Judge Bailey declined to suppress the disputed evidence because police did not actually search the contents of Krey’s phone until after they had obtained a warrant.  Krey’s defense lawyer, Jeremy Kroll, conceded that the jury could still see the texts on Brittany’s phone.  END_OF_DOCUMENT_TOKEN_TO_BE_REPLACED

END_OF_DOCUMENT_TOKEN_TO_BE_REPLACED

In the United States, approximately 98 percent of sheriffs are elected. Good, bad or mediocre, what sets the office of sheriff apart from the police force, is that the sheriff’s office is accountable to the citizens through the election process. END_OF_DOCUMENT_TOKEN_TO_BE_REPLACED

Nothing would give me more pleasure than to share some personal things with you about myself. I’m restrained from doing so because of people who take anything I say, twist it, and then go on doxxing expeditions.   Be aware – any attempts of defamation that can only point to “evidence” written by the person or one of their minions.  Their evidence cannot be trusted.

Ask them how they know the name they purport is the person’s real name, and they won’t be able to point to any “evidence” other than what another one of them has written.

Well, I’m going into this because since one cyber-extortionist was unsuccessful in his copyright infringement claims, and unsuccessful in getting a court ordered restraining order against a person he harassed, numerous people are being attacked for associating together. END_OF_DOCUMENT_TOKEN_TO_BE_REPLACED

Some people who commit cyber-crime, because they are not  immediately arrested, do not believe that law enforcement takes it seriously and brushes away victims.  Others think that they can stay hidden because they disguise their online identity.  Jared Abrahams now knows better.  He faces up to 11 years in prison.

On September 26, 2013, Bill L. Lewis, Assistant Director of the FBI’s Los Angeles Field Office, and André Birotte, Jr., United States Attorney for the Central District of California issued a press release announcing the arrest of 19-year old Jared James Abrahams of Temecula, CA.  On September 17, 2013, Abrahams was charged in a federal criminal complaint filed under seal in the United States District Court in Orange County.  According to the complaint, investigation began around March 2013. END_OF_DOCUMENT_TOKEN_TO_BE_REPLACED 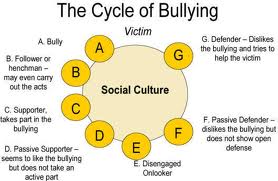 Those who know about the cyber-harasser, doxer, impersonator, identity thief, know that I refer to her as Miss Filth.  Of the year that Miss Filth has stalked, harassed, and threatened me, I’ve only posted one comment in response to her on this blog.   That time, I thought it was necessary to expose that she sends comments to blogs using the names or handles of  George Zimmerman supporters — people that she agrees with on Zimmerman support and White Supremacists blogs.    If she doesn’t use their handles or names as the sender, she uses them in the fake email addresses.  (Her IP address is always the same.) END_OF_DOCUMENT_TOKEN_TO_BE_REPLACED