I hope that the Bill passes. Ashely Judd just had some things to say about cyberbullying. It’s getting national attention and it’s time for federal law.

“Schools need to take bullying, harassment and humiliation seriously, by making it official policy,” Jane Clementi said. “We support this legislation because no other student should have to feel the pain and humiliation that Tyler felt after he had been web-camed by his roommate.” 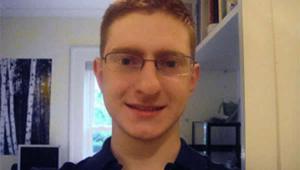 Legislation named after Tyler Clamenti was reintroduced in Congress. (Photo courtesy Facebook) Lawmakers reintroduced a bill in Congress on Wednesday named after an 18-year-old Rutgers University student who committed suicide in 2010 after his roommate posted a video of his private romantic encounter with another man online.

The bill, the Tyler Clementi Higher Education Anti-Harassment Act, was introduced in the House by Rep. Mark Pocan (D-Wis.) and in the Senate by Sen. Patty Murray (D-Wash.). The only out lesbian in the U.S. Senate, Tammy Baldwin (D-Wis.), is an original co-sponsor for the Senate bill.

In a statement, Murray said the legislation is necessary because students need…