What Would America Be Today Had The South Won The Civil War?

Years ago, I found a bargain book titled “The Complete Idiot’s Guide To American Heroes.” (Please, don’t laugh. Okay. Go ahead and laugh.) Under “Strange Encounters of the Heroic Kind” is the note that George Washington and Betsy Ross sat in adjacent pews at church. The other night as I was going through the book and read that part, I wondered about the “customs” claimed by those who still hold onto the Confederate battle flag. That led to the question, what would America be today had the South won the Civil War? 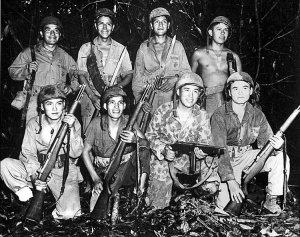 Would we have the inventions and research of people of color, including Native Americans that have benefited not only America, but mankind as a whole? What about music, literature, movies? What about the result of wars, especially World War II with the participation of the Tuskegee Airmen and Navajo “code talkers”?

This is open for discussion. I would very much like to hear your opinions, and any contributions that have helped make America great, and that would have been impossible, or hindered had the Confederacy won the Civil War.