Have You Heard of Former Las Vegas Justice of the Peace Conrad Hafen? 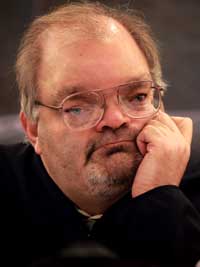 Conrad Hafen was raised in Roy, Utah.  He served a mission for the Church of Jesus Christ of Latter-Day Saints, then attended Weber State University where he graduated in 1983 with a Bachelor of Science in Political Science.  He was accepted into Brigham Young University’s Public Administration Masters Program.  In 1985, he enrolled in the University of Idaho School of Law, graduating in 1988.

After law clerking and working as an associate attorney with a private law firm concentrating in insurance defense and products liability, Conrad Hafen accepted a position with the Humboldt County Nevada District Attorney’s Office.  Within several months, he was promoted to Chief Deputy District Attorney and served in that capacity for 10 years.

Hafen lost a race for district judge in 2006, and when the Las Vegas Justice Court Department was looking for a judge for one of its specialty courts, Hafen threw his hat in the ring.  During his campaign, Hafen said, “When people come before me … they’ll know my decision is based on the law and is a fair and just resolution.”

Saying what citizens want to hear, in 2010, Hafen was elected as a Justice of the peace in Nevada.  Those judges hear misdemeanor cases and hold preliminary hearings to determine if there is enough evidence to move felony cases to state courts for trial.

Hafen’s career in the Nevada judicial system has now involuntarily ended and he is back in Utah.  This is how it happened … 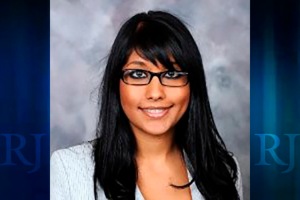 Zohra Bakhtary is a deputy public defender, and while advocating for one of her clients, Judge Hafen did not want her to speak.  He had Bakhtary handcuffed and seated with inmates who were awaiting their hearings.  After Hafen sentenced Bakhtary’s client, Daniel Fernandez, to six months in jail, he had court security remove her handcuffs and said, “I think she’s learned a lesson.”

District Judge Rob Bare released Fernandez and the petty theft conviction was later thrown out after a ruling that Fernandez was deprived of assistance of a lawyer when he was sentenced. END_OF_DOCUMENT_TOKEN_TO_BE_REPLACED