Those on Twitter may have noticed that there was an effort last week by  cyber- extortionist, David Piercy, to have Word Press take down Blackbutterfly7. They have shown concern (thank you) and this is to inform everyone what took place.

David Piercy filed for a restraining order against another person, and threatened to add me to it unless I became familiar with the Word Press delete feature. Those here who read comments and those on Twitter know that I’ve never engaged that person. Although a long time ago I blacklisted his IP address using the Word Press option, he continues sending vile and racially derogatory comments to this blog. 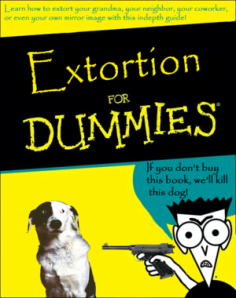 Several weeks ago, he hacked/trespassed by submitting comments here through the California State University at Fresno’s network. Those comments did not go into moderation but posted directly to the public board. I deleted them, and blacklisted the IP address.  Piercy then went on Twitter claiming that I deleted them because he proved me wrong about Lisa Bloom’s book. No – I deleted them because he trespassed. It’s not my position to ask or wonder why other bloggers allow him to come back and forth after banning him. As for me, once you come to my house throwing filth and calling me demeaning names, you’re not allowed back, PERIOD.