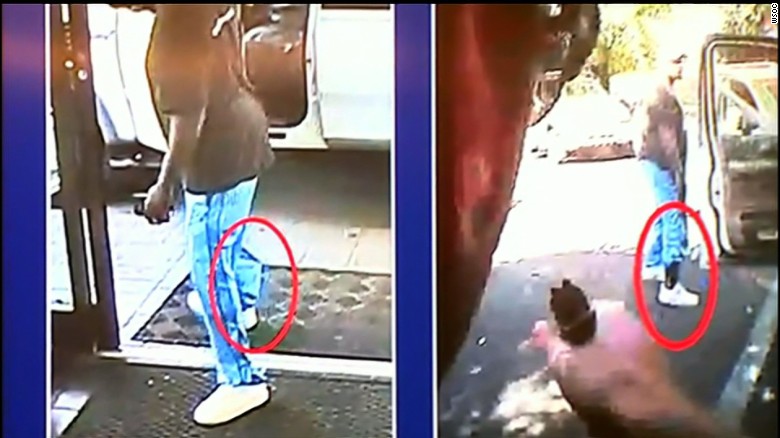 The Killing of Keith Lamont Scott

Subtitled; How Charlotte–Mecklenburg Chief of Police Kerr Putney Has Messed Up.

The citizens of Charlotte, North Carolina, have no trust in Putney’s inconsistent representations.

There are times when it’s best to be quiet rather than exert one-side of a story to the public. Putney has shown that he accepts whatever his officers say and therefore, cannot be any part of an impartial investigation.

Keith Lamont Scott was killed on Tuesday, September 20, 2016 in Charlotte, North Carolina.  There are so many conflicting points of view and reports that they make the head spin.

On September 22, 2016, Keith’s family was shown dash cam video.  The attorney for the family stated that the video shows that Keith was walking with both arms at his side, and no gun present.   Police Chief Kerr Putney refused to release the dash cam video to the public.

Keith’s wife took cell phone video and released it to the public yesterday.  News sources and social media arm-chair sleuths gave their opinions on what the video shows.  There was lots of jumping to conclusions because the cell phone video shows an officer standing at the passenger side window of a truck.  Some analyzing that video said that the officer would have been able to see that Keith was holding a gun by standing at that window of Keith’s truck.

Now, we learn that the officer was not standing at Keith’s truck, but he was standing at a truck parked on the opposite side of the street from where Keith was parked.

On the cell phone video, we hear an officer shouting for Keith to put down the gun.  On the dash cam video, Keith comes out of his truck and walks backwards with both arms at his side.  His hands are holding nothing.

It has not yet been explained how a person sitting in a car is to drop a gun when putting it out of the window can lead to the same assumption that it is being pointed with intent to fire. END_OF_DOCUMENT_TOKEN_TO_BE_REPLACED

We are following the trial of Randall (Wes) Kerrick the Charlotte/Mecklenburg police officer charged with voluntary manslaughter in the killing of unarmed Jonathan Ferrell.

The link to court chatter is http://www.courtchatter.com/#!randall-kerrick-trial-stream-1/c6ga.

Some live streams have horrible sound, so I will continue to look to see if other sources are live streaming.  If anyone else finds another source, please post the link in comments. END_OF_DOCUMENT_TOKEN_TO_BE_REPLACED

Suspended without pay, Charlotte-Mecklenburg police officer Randall (Wes) Kerrick is on trial for killing unarmed Jonathan Ferrell in September 2013. He is charged with voluntary manslaughter and if convicted, faces up to 11 years in prison.

Captain Campagna began his testimony by showing the jury how a taser works and when officers should and should not use it. END_OF_DOCUMENT_TOKEN_TO_BE_REPLACED

$2.25 Million to the Family of Jonathan Ferrell

The City of Charlotte, North Carolina, has agreed to a settlement with the family of Jonathan Ferrell.

Jonathan, a 24-year-old former football player at Florida A&M University, wrecked his Toyota Camry in a subdivision northwest of Charlotte sometime after 2 a.m. on Sept. 14, 2013. It is presumed that he went looking for help, as a woman called 911 and reported that someone was knocking and kicking on her door. Jonathan walked away from the house back to his car, and three officers showed up. One officer, Randall Kerrick, pulled his gun and fired 12 shots, 10 of which hit Ferrell. Most recently reported is that the other two officers, both Black, did not draw their weapons.

Georgia Ferrell, Jonathan’s mother, said that the family will now turn their attention to the voluntary manslaughter trial of officer Randall Kerrick. It is scheduled to being July 20, 2015. END_OF_DOCUMENT_TOKEN_TO_BE_REPLACED