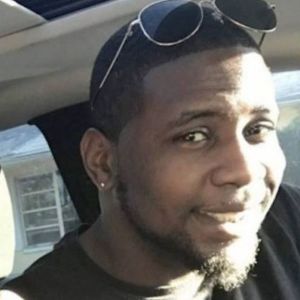 I saw the video for this case when it first happened, and also read that the Sheriff refused to arrest Michael Drejka because of Florida’s stand your ground law.  When I saw the video, it was my impression that the shooter was an elderly man.  Maybe it was his posture or the fact that he fell to the ground so easily.  It turns out that Drejka was 47-years old on July 19, 2018 when he shot and killed 28-year old Markeis McGlockton.

Here is the video.

Comments were quickly posted on Twitter protesting that Drejka was not arrested.  Thinking that an elderly man might be afraid of a younger man pushing him to the ground, I sighed at the thought that he could avoid arrest using stand your ground in his defense.  Then, I watched the video again and saw where Markeis’ girlfriend Britany Jacobs, was getting out of the car and Drejka was standing at the car’s door invading her space.  I wondered what he said to Britany that provoked Markeis to push him.   I sighed again, because Markeis is not alive to tell anyone what he heard and believed that provoked him to push Drejka out of Britany’s face.

Other thoughts came to mind, such as Drejka thinking he was entitled to approach and engage Britany for parking in a handicapped parking space.  How is it possible to provoke a  confrontation, verbal or physical, then claim self-defense when someone takes action to stop the confrontation?

On August 13, 2018, Michael Drejka was charged with manslaughter.  He is currently in jail on a $100k bond and is going to be appointed a public defender. END_OF_DOCUMENT_TOKEN_TO_BE_REPLACED