The Johns Hopkins Medical Institution holds Personal Paper Collections in the Alan Mason Chesney Medical Archives, including papers about the “blue baby” disease.  The surgical procedure eventually developed to save the lives of babies born with congenital heart malformation, robbing their blood of oxygen, is known as the Blalock-Taussig Shunt.  However, it was a Black man named Vivien T. Thomas who created that shunt.

Vivien T. Thomas was born on August 29, 1910 in Lake Providence, Louisiana. His family later moved to Nashville, Tennessee.  His father was a carpenter and Vivien followed in his dad’s footsteps until 1929.  That year, Vivien began working as an orderly in a private infirmary and he enrolled as a premedical student at Tennessee Agricultural and Industrial College.

The stock market crash bankrupted the bank where Vivien had saved money for school, and his savings were wiped out.  He dropped out of school and in 1930, he was hired at Vanderbilt University as a laboratory assistant for Dr. Alfred Blalock.  Blalock was conducting medical research using dogs, and Vivien’s responsibilities included taking care of the animals and cleaning-up after them. END_OF_DOCUMENT_TOKEN_TO_BE_REPLACED

With the release and popularity of the movie “Hidden Figures” and this being Black History month, I thought that copying a post written by guest blogger Yahteebutterfly would be appropriate.

Her father, a farmer and logger who only had a sixth grade education, was a whiz at math.  In an interview with Cathy Lewis of WHROTV, Dr. Johnson recalled that her father could listen to a difficult math word-problem and immediately have the answer and that he could determine the number of board feet he could get from a tree just by looking at it. When it came time for high school and college for his four children he began working at a hotel and had extra jobs to support the studies of his four children.

Watching her three siblings enter elementary school before she did, Katherine could hardly wait to attend school.  She loved learning and had a special fascination for numbers.  She loved counting everything around her, even the number of steps she walked on her way to church. When she finally did attend school, she was such an outstanding student that she was skipped to second grade, and by the time she was 10, she entered high school where mathematician Angie King recognized her mathematical talent and mentored her during those four years.   END_OF_DOCUMENT_TOKEN_TO_BE_REPLACED

Monday, January 16, marks Martin Luther King Jr. Day, the federal date of recognition for one of the most important figures in the civil rights movement. Signed by President Reagan in 1983, the holiday marked the culmination of efforts that started just four days after King’s assassination in 1968, when Representative John Conyers of Michigan began 15 years of introducing and reintroducing a bill to establish the holiday. (Stevie Wonder joined the chorus of Americans backing Conyers’ efforts; in 1980 he wrote the song “Happy Birthday” to help create a groundswell of support.)

While it would be impossible to encompass everything King accomplished in a mere list, we’ve compiled a few intriguing facts that may pique your interest in finding out more about the man who helped unite a divided nation.

September 2, 1766 – Businessman and abolitionist James Forten was born in Philadelphia, Pennsylvania.  Author Julie Winch discusses her book on the life of James Forten at this link.

September 5, 1939 – Claudette Colvin, the first person arrested for not giving up her bus seat to a White woman in Montgomery, Alabama.

END_OF_DOCUMENT_TOKEN_TO_BE_REPLACED 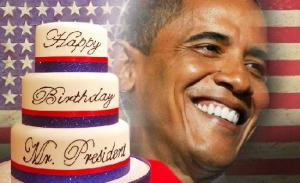 END_OF_DOCUMENT_TOKEN_TO_BE_REPLACED

Each month, Yahtzeebutterfly writes a This month in Black American History.  Throughout the month, she updates in the comment section.  Your contributions and discussions are welcomed.

Former Georgia Court Justice Leah Ward Sears tells of the impact of Margaret Walker’s poem “For My People” and then reads the poem:

END_OF_DOCUMENT_TOKEN_TO_BE_REPLACED 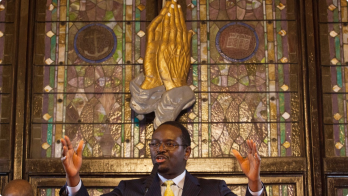 Rev. Senator Clementa Pinckney was both a strong, inspirational leader and a caring, compassionate servant to his community.  It is my hope that he will be remembered in history books and during future Black History Months and also that his legacy will lead others to follow in his path.

I watched a video where Rev. Pinckney explained to a group visiting the Mother Emanuel Church in Charleston why he chose to be both a pastor and a state legislator:

There are many people who say, “Why would you as a preacher, why would you as a pastor, be involved in public life?” And, I’ve already said it, but I’ll say it again.  Our calling is not just within the walls of a congregation, but we are part of the life of the community in which the congregation resides.

END_OF_DOCUMENT_TOKEN_TO_BE_REPLACED

Millions of African Americans will soon be able to trace their families through the era of slavery, some to the countries from which their ancestors were snatched, thanks to a new and free online service that is digitizing a huge cache of federal records for the first time.

Handwritten records collecting information on newly freed slaves that were compiled just after the civil war will be available for easy searches through a new website, it was announced on Friday.

The records belong to the Freedmen’s Bureau, an administrative body created by Congress in 1865 to assist slaves in 15 states and the District of Columbia transition into free citizenship.

Before that time, slaves were legally regarded as property in the US and their names were not officially documented. They…

Black piano keys: Do you know?

The video is not just inspiring but it is also educational. Thanks so much for blogging this.

He says, “A lot of people don’t realize that just about all Negro spirituals are written on the black notes of the piano. Slaves were not permitted to use the white keys.

Probably the most famous on this slave scale was written by John Newton, who used to be the captain of a slave ship, and many believe he heard this melody that sounds very much like a West African sorrow chant. And it has a haunting, haunting plaintive quality to it that reaches past your arrogance, past your pride, and it speaks to that part of you that’s in bondage. And we feel it. We feel it. It’s just one of the most amazing melodies in all of human history.” After sharing the noteworthy history of the song…