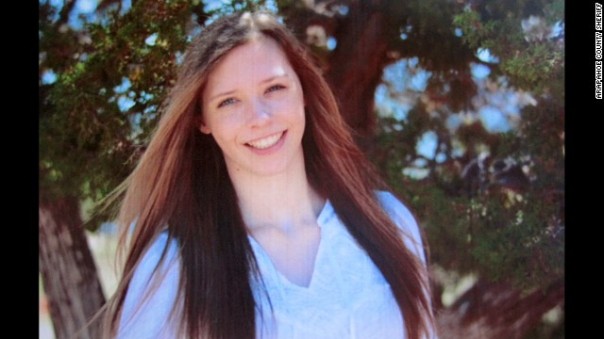 Claire Esther Davis, the Arapahoe High School student critically wounded on December 13, 2013 in the shooting at the school, has died from her injuries.  Claire, 17, was shot in the head by another student who turned the gun on himself, taking his own life.

She died at 4:29 p.m. Saturday, according to the hospital.  The hospital posted to their Facebook page; END_OF_DOCUMENT_TOKEN_TO_BE_REPLACED

Scene outside of Arapahoe High School

Arapahoe County Sheriff Grayson Robinson said the suspected shooter was dead from what authorities believe is a self-inflicted gunshot wound.

Police SWAT teams swarmed the school, which is at the corner of South University Boulevard and Dry Creek Road in Centennial, Colorado. Bomb squads were also called to the scene.

The identity of the suspect and students who were shot have not been made known.

Arapahoe High School is about 8 miles from Columbine High School, where on April 20, 1999, Eric Harris and Dylan Klebold murdered 12 students, one teacher, and injured 27 students.   This shooting comes one day before the one-year anniversary of the massacre at Sand Hook Elementary in Newtown, Conn.

With these events, more discussion is necessary regarding gun-control in America.