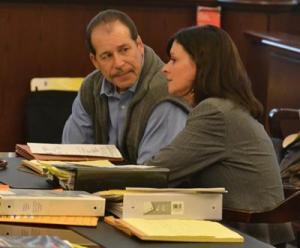 Ted Wafer shot and killed 19-year old Renisha McBride. A jury found Wafer guilty of 2nd degree murder, manslaughter, and unlawful use of a weapon. He is due for sentencing next week. Wayne County prosecutors, and defense attorney Cheryl Carpenter, have filed their pleadings.