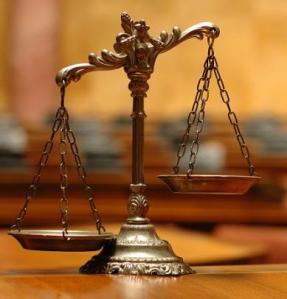 I originally blogged about these cases on Dec. 7, 2013.  Since then, there has been additional information, including the filing of and decision in a civil lawsuit.

Both cases are in the State of Illinois but different counties about 27 miles apart.  When committing the crimes, all defendants in both cases were residents of the City of Rockford.  All defendants were charged with murder under the same state law.

Let me be clear that this post is not about the innocence or guilt of the defendants.  It’s about racism yielding privilege for some and inequalities for others. It’s the type of prejudice that prosecutors might not realize motivates them to make decisions.  It’s the type of politics that call Black defendants “violent offenders” but offers White defendants, charged with the same crime, pleas for lesser offenses and shorter sentences.

In the Black Lives Matter Movement, there is talk about how Blacks and Whites are charged for the same crimes, but Blacks are given longer sentences.  Mostly, people who bring up that issue speak in terms of marijuana possession or misdemeanor crimes.

The cases I present here would not have been misdemeanor crimes even if no party had been killed.

This law is generally referred to as felony murder.  Simply put, if a person is committing a felony and another person is killed during the commission of that crime, the person or persons committing the crime are charged with murder.  The sentence for felony murder carries a mandatory minimum of 20 years.

The first case occurred on April 6, 2008.  Cody Moore, who was then 19 years old; drove Nathan Whitmire, who was then 17; Justin Doyle who was then 15, and Travis Castle who was 14, to a home in Ogle County, Illinois.  All of them were residents of Winnebago County, with Moore, Whitmire and Doyle residing in the City of Rockford.

Moore knew that the owner of the house was in the hospital and drove the other guys there to rob the house of guns and money.  They broke a window to enter the house. There was a house guest inside.  The house guest heard breaking glass and coming out of the bedroom, saw 14-yr-old Travis with a gun and fired two shots.  One grazed Travis on the neck, and the other was fired into his chest, killing the 14-year-old.

Cody Moore was offered a plea deal and sentenced to 30 years for home invasion, with a concurrent sentence of 5 years for involuntary manslaughter. Thus, he has to serve 30 years.

In exchange for a plea deal of guilty to residential burglary, the State dismissed the charge of felony murder and home invasion against Nathan Whitmire and sentenced him to 12 years.

Justin Doyle was sentenced to 5 years for involuntary manslaughter, and 30 years for home invasion.

On April 18, 2017, after serving 9 years of his 30-year sentence, Justin Doyle’s sentence was commuted to time served by then Illinois Governor Bruce Rauner.

The second case occurred on the evening of October 1, 2011.  Off duty Deputy Sheriff Frank Pobjecky went to a pizza restaurant and ordered a pizza.  He waited inside the restaurant. He was unarmed and the only customer present. Pobjecky was acquainted with the restaurant’s owner, Vincenzo Tarara.  He knew him so well that he had knowledge that Tarara carried a concealed semi-automatic handgun on his hip.

On surveillance video is 16 year-old Michael Sago, Jr., seen on the floor doing a belly crawl when Pobjecky takes aim and shoots him 3 times in the back. Sixteen year old Michael managed to finish crawling out of the door to the sidewalk where he died.

Desmond Bellmon pleaded guilty and was sentenced to 20 years for murder and forcible felony.

Brandon Sago was sentenced to 37 years for murder and forcible felony.

Lamar Coates was sentenced to 40 years for murder and forcible felony.

All Defendants in this case are Black.

Some years ago I spoke with one of the Public Defenders who stated to me that the Winnebago County State’s Attorney would not offer a plea for a lesser charge.   As we see with Desmond Bellmon, for his plea of guilty, all he got was the mandatory minimum 20-year sentence for felony murder.

On the inmate search site for the Illinois Dept. of Corrections defendants in the first case, such as Cody Moore, sentencing is listed as 30 years for home invasion, and 5 years for involuntary manslaughter.  In the second case, the sentencing is not separate for years for murder and years for forcible felony.  I do not know why sentencing was not separated for defendants in the second case.  The video below is of Lamar Coates’ sentencing, and it neither states how many years of the sentence are for forcible felony and how many are for murder.

On February 27, 2018 in a civil suit filed for wrongful death by James Horton, independent administrator for the Estate of Michael Sago, Jr., the U.S. Court of Appeals for the Seventh Circuit affirmed Summary Judgment in favor of Frank Pobjecky and others named as defendants.

The Court accepted as fact that Michael did not join the confrontation, and stood near the door area with his arms down by his side. Pobjecky acknowledged during his testimony that when he shot Michael, Michael’s hands and feet were on the ground.

To dismiss the lawsuit, the Court relied on what an officer of the law can do to prevent escape, although Pobjecky testified that he did not shoot Michael to prevent his escape. The Court wrote in its decision;

The Court also recognized that Pobjecky failed to announce himself as a police officer and failed to order anyone to stop.  Pobjecky claimed that he did not have enough time to do that.

Coates was the only perpetrator presenting a gun.  Once he was disarmed by Tarara and the three would-be robbers ran, the question was raised for why Pobjecky thought it necessary to shoot them in the back. One man was shot in the buttocks and the other two were wounded in a leg. The argument was raised that if any other perpetrator had a gun, it would have been produced rather than the men running. After they were out of the restaurant, the question was raised for why Pobjecky felt it necessary to shoot Michael who was clearly on the floor with his hands in clear view, not going for a weapon.

From the Court’s decision;

“The video seems to contradict Pobjecky’s claim that “Decedent was advancing towards Pobjecky when he was shot” (Appellees’ Br. at 23) and that “he was shot as he approached Pobjecky from behind and fled to the door” ( I d . at 26). Rather, the video seems to show Pobjecky shot Michael the first time a split‐second after Michael crawled past Pobjecky and away from him and toward the door.”

Along with this finding of fact, the Court also wrote;

The entire incident lasted 45 seconds. Pobjecky claimed that he was outnumbered.  So, the Court found that Pobjecky was reasonable in assuming that all others MIGHT have been armed.

The story doesn’t end there.  For the events of October 1, 2011, Pobjecky received the 2011 Congressional Badge of Bravery, the Medal of Honor, and was named Illinois Sheriff’s Association Deputy of the Year.  In 2013, Frank Pobjecky became a Republican candidate in the primary race for Winnebago County Sheriff.  When he ran in the primary, Pobjecky had been in the Sheriff’s Department for 6 years.    Pobjecky lost the primary race.

Marilyn Hite-Ross was the Assistant State’s Attorney who prosecuted Lamar Coates in Winnebago County.  She was appointed State’s Attorney after Joseph Bruscato resigned to take his position as a judge.  She decided not to run for election in 2020.

At trial, then Assistant State’s Attorney Marilyn Hite-Ross sought a 60 year sentence for Lamar Coates. At 1:41 of the below video, Marilyn Hite-Ross says that she is pleased with the 40 year sentence handed down by the court to send a message that the court will protect the community from violent offenders such as Lamar Coates.  That is hypocritical and this is why …

While it is true that crimes are prosecuted in the jurisdiction where they are committed, it is also true in these cases that all of the defendants resided in the City of Rockford, Winnebago County, IL.   White defendants in the first case return to Rockford upon their release from prison, just as the Black defendants in the second case.

When comparing these two cases committed in the same state, by residents of the same city, justifying the sentencing of Black defendants by claiming it protects the community from “violent offenders” clearly communicates to the community that it is not the crime that determines charges and sentencing, but the color of skin.  It communicates that the community, (here, the City of Rockford), does not need protecting from White Defendants breaking into a home to steal guns and money, but needs protecting from a Black offender who could not hold on to his gun.