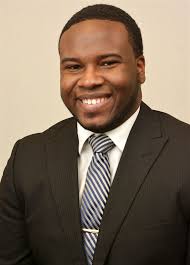 On Sept. 6, 2018, Botham Jean was 26 years old when he was shot dead in his apartment by then Dallas police officer Amber Guyger.  Amber claimed that she thought she had gone to her own apartment and finding the door opened, that someone was inside.

Botham Jean was an accountant for Price Waterhouse, Coopers, an international auditing firm.  Testimony at trial included that he was eating ice cream in his apartment when Guyger opened the door.

On September 9, 2019, an arrest warrant for manslaughter was issued for Guyer.  According to the arrest warrant affidavit, Guyger told investigators that she parked on 4th floor of the garage instead of the 3rd floor.  When she put her key in the door of what she believed was her apartment, the door was ajar. She yelled at the purported burglar to show his hands, and then she fired twice.

A Dallas County grand jury indicted Guyger on November 30, 2018 on one count of murder.  Guyger plead not guilty.

The 31-year-old Guyger was fired from the Dallas Police Department days after the shooting. Her trial began on September 23, 2019.

Prosecutor Jason Hermus opened trial by asking the jury to convict Guyger of murder because she gave Botham “no opportunity for de-escalation, no opportunity for him to surrender” before she opened fire.  Guyger’s defense attorney told the jury that the prosecution was making innocent mistakes into evil acts and asked the jury to find Guyger not guilty.

On the second day of trial, jurors were shown bodycam footage from inside the apartment complex.  The video captured Guyger’s confusion while telling arriving officers, “I thought it was my apartment”.

On the third day of trial, Texas Ranger David Armstrong testified without the jury in the courtroom.  He was the lead homicide investigator in the case.  Armstrong testified that he didn’t believe Guyger committed a crime.  Judge Kemp refused to allow Armstrong to testify before the jury on the basis that his testimony consisted of only his opinions.

Amber Guyger on the witness stand

The fourth day of trial had Guyger testify in her own defense.  She told the jury that the moment she came face-to-face with Botham Jean, that she was “scared to death.”  Guyger broke down several times while on the witness stand and told the jury that she was sorry – “I never wanted to take an innocent person’s life.  I wish he was the one with the gun that killed me”.

In closing arguments, prosecutors took the position that Guyger made a series of unreasonable decisions that cost an innocent man his life.  Guyger’s defense attorneys argued that Guyger made reasonable mistakes that caused her to use deadly force because she believed her life was in danger.

On September 30, 2019, the jury began deliberations.  The jury deliberated less than 24 hours and had the option of manslaughter.  On October 1, 2019, the jury returned a verdict of guilty of murder.  The sentencing phrase followed and continued on October 2, 2019.

When she testified, Guyger stated that her shooting Botham in his apartment was “not about hate” but about her fear that he would attack her.  At the sentencing phrase however, prosecutors introduced Guyger’s text messages where she made offensive statements about Rev. Martin Luther King, Jr. and black officers on the police force.  CNN reports that at trial, prosecutors said that even after Guyger killed Jean, she found time to send sexual texts to her married partner in which she was having an intimate relationship.

After victim impact statements and arguments by counsel, the jury deliberated and sentenced Guyger to 10 years in prison.