Updates on Trials and More 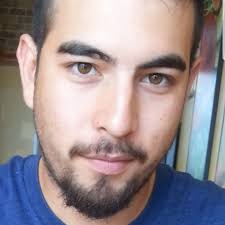 Hello good people.  I’ve been unable to follow trials and news daily to write blog posts about them.  As it stands now, I’m unsure if and when I’ll return to writing blog posts on a regular basis.  My last chemo treatment is scheduled for February, and then I’ll be on targeted immunotherapy for a year, so we’ll see how I’ll feel come March of next year.

There is much happeningand I wanted to bullet point some things. As and if time allows, I’ll post updates in the comment section below.   Feel free to do the same.

Terry Thompson and his wife Chauna were charged with murder for the May 28, 2017, choke-hold death of John Hernandez in Crosby, Texas.  Terry was put on trial in July 2018 and the jury hung.  His retrial began in October 2018.  The jury found Terry guilty and sentenced him to 25 years.  Chauna’s trial is scheduled to begin on March 26, 2019.  For background on this case, see this link.

Jeffrey Zeigler, who fired a shotgun at 14-year old Brennan Walker, has been sentenced to 4 to 10 years in prison.  A jury found Zeigler guilty of assault with intent to do great bodily harm and possession of a firearm in the commission of a felony.  For background info on this case, click here.

James Alex Fields, Jr. who drove his car into a group of counter protesters in Charlottesville, VA killing Heather Heyer, has been found guilty of first degree murder.  He was also found guilty on 5 counts of malicious wounding, 3 counts of aggravated malicious wounding, and 1 count of failing to stop at the scene of an accident involving death.  The jury began deliberating on December 10, 2018 to decide his sentence.  Fields faces 20 years to life on the murder conviction.  Fields is also facing federal charges on 30 hate crimes. 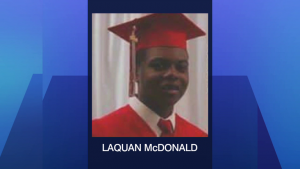 Three Chicago police officers are on trial for their role in covering-up the killing of Laquan McDonald.   In October 2018, Chicago officer Jason Van Dyke was found guilty of second-degree murder and 16 counts of aggravated battery with a firearm — one for each shot he fired into 17-year-old Laquan McDonald.  Van Dyke’s sentencing is still pending as his attorney seeks a new trial.  The three officers were on a bench trial, with closing arguments concluded on December 6, 2018.  Judge Domenica Stephenson will give her verdict on December 19, 2018.

Hennepin County prosecutors have filed a motion to amend the charge against Officer Mohamed Noor to second degree murder for the killing of Justine Damond on July 15, 2017.  Noor had been charged with third-degree murder and manslaughter.  His trial is scheduled to begin on April 1, 2019. 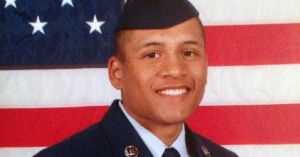 Former DeKalb County policeman, Robert Olsen, was indicted on six counts, including murder, aggravated assault, making false statements, and violating his oath of office in the killing of Anthony Hill in 2015. Hill was an Air Force veteran who served in Afghanistan and was diagnosed with bi-polar and post-traumatic stress syndrome.  He was wandering in an apartment complex naked and unarmed when killed by Olsen.   Olsen filed for immunity, claiming that he killed Hill in self-defense.  DeKalb Superior Court Judge J. P. Boulee did not agree with Olsen’s self-defense contention and denied him immunity. Olsen’s trial is pending. 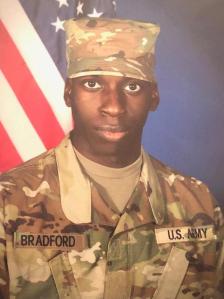 Emantic “EJ” Fitzgerald Bradford Jr., veteran and son of a police officer, was killed on Thanksgiving night in Hoover, Alabama by police officers responding to reports of gunfire at a mall.  EJ was helping other shoppers to safety but police mistook him for the shooter.  His family commissioned a private pathologist who found that EJ was shot three times from behind.   He was shot in the neck, head and back.