← Shot In The Back: When can police fire on fleeing suspects? – Chicago Sun Times
Oh What A Night →

Michael Eric Dyson put it in plain and powerful words;
“Whites expect Black public figures to help less fortunate Blacks (the social service model), but not to call out Whites (the social conscience model). That is why President Trump called Colin Kaepernick a “son of a bitch”.” 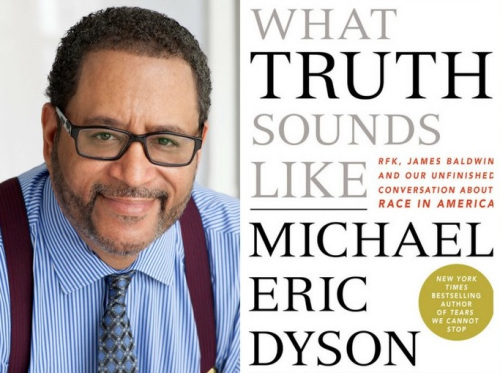 “What Truth Sounds Like” (2018) by Michael Eric Dyson uses the meeting between Robert Kennedy and James Baldwin in 1963 as a springboard to talk about 2018.

Subtitle: RFK, James Baldwin and Our Unfinished Conversation About Race in America

In 1963 Robert Kennedy met James Baldwin to talk about race in the US. Baldwin brought along Lorraine Hansberry, Lena Horne, Harry Belafonte, Kenneth Clark, and others. There is only one chapter on the meeting!

He compares how Blacks speak out – or do not – and how Whites listen – or do not.

Burden of representation: Black public figures have the right and the duty to speak out and take…

← Shot In The Back: When can police fire on fleeing suspects? – Chicago Sun Times
Oh What A Night →