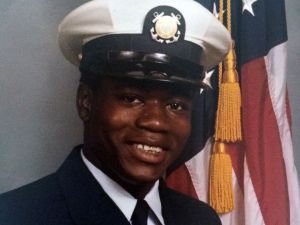 The family of Walter Scott has expressed forgiveness, but said that they are glad to see Michael Slager held accountable.  Walter was killed in April 2015.

The State charged North Charleston police officer Michael Slager with murder or voluntary manslaughter in the killing of Walter Scott, an unarmed black man.  Walter Scott was shot in the back 5 times.

Slager said in his report that Walter took his taser from him, giving him justification to use deadly force.   However, a by-stander’s video was released shortly after the deadly encounter that shows Slager unholstered his weapon and fire as Walter ran away.  The video also shows that Slager walked back and retrieved his taser, which was dropped to the ground before Walter ran.  Slager placed his taser next to Walter’s dead body.   After the release of the video, Slager’s attorney then withdrew his representation and Slager was terminated from his job and charged with murder. 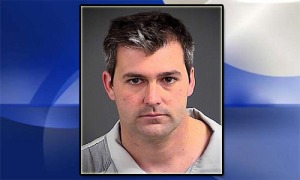 The jury in Slager’s state trial hung, and a mistrial was declared by the judge.  The State of South Carolina was going to retry the case, and a federal investigation resulted in an indictment with the feds also wanting to put Slager on trial.

In May 2017, Slager pleaded guilty to federal charge of deprivation of rights under the color of law; that he acted willfully, and that death resulted.

In exchange for the plea, state murder charges; one count of obstruction of justice; and one count of use of a firearm during a crime of violence were dismissed.   Federal prosecutors however, still sought the maximum of a life sentence for Slager.

Today, Thursday December 7, 2017, US District Court Judge David Norton sentenced Michael Slager to 20 years in federal prison. Judge Norton said the “appropriate underlying offense” for Slager was second-degree murder.  Although the plea agreement was to dismiss the charge of obstruction of justice, the federal judge made a finding in his sentencing  that Slager obstructed justice.  Slager’s attorney had argued that the appropriate offense was voluntary manslaughter.  Slager has 14 days to appeal.

“In a statement, Attorney General Jeff Sessions expressed his condolences to the Scott family and stressed the duty police officers have to uphold the law and protect citizens.”

“Officers who violate anyone’s rights also violate their oaths of honor, and they tarnish the names of the vast majority of officers, who do incredible work,” he said. “Those who enforce our laws must also bide by them — and this Department of Justice will hold accountable anyone who violates the civil rights of our fellow Americans.”