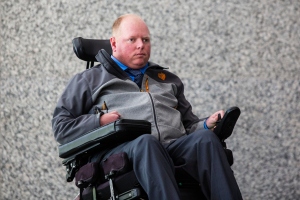 Michael LaPorta is now 37-years old.  He has been unable to walk and read since January 2010 and for a period of time, had been unable to talk.  That’s because on January 12, 2010 Chicago police officer Patrick Kelly shot Michael in the back of the head.

Chicago Police Officer Patrick Kelly, 36-years old, was twice, formally found mentally unfit for duty.  He had also been arrested twice, and accused of beating a girlfriend.  Kelly had been treated for alcohol addiction.  Along with this, Kelly was sued 6 times and was subject of more than two dozen investigations into his on and off-duty conduct.  One investigation found that Kelly assaulted a woman sergeant. In another investigation, Kelly was accused of repeatedly using a Taser on a pregnant woman who later suffered a miscarriage.  The Chicago City Council approved a $500,000 settlement with the woman, Elaina Turner, and her fiance, Ulysses Green.

Even with this record, Michael LaPorta was Patrick Kelly’s friend.  They had been friends since childhood and were roommates in college.  One evening, Michael and Patrick spent the night drinking at two Chicago South Side bars.  The morning of January 10, 2010, they went to Kelly’s house.  Michael said that Kelly began hitting his dog, so he told Kelly that he was leaving.  He then heard a clicking sound. 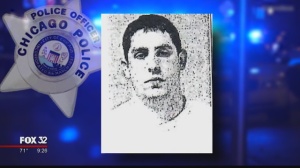 Chicago Police Officer Patrick Kelly. An old mug shot when he was arrested for assault.

Patrick Kelly claimed that Michael tried to commit suicide, holding the gun with his left hand.  The gun was found on the floor next to Michael.  Michael is ambidextrous, and a lifelong hunter who always shot with his right hand. No fingerprints were on the gun.  It was determined that the bullet came from Kelly’s service weapon.

Before his hands could be tested for gunshot residue, Kelly urinated on them.

In 2012, Kelly was given a 60-day suspension for failing to secure his weapon, off-duty drunkenness, conduct unbecoming an officer and assaulting a sergeant who responded to the scene.

The Chicago Tribune reports that On October 26, 2017 after a 4-week trial and 10 hours of deliberation, a jury in a federal civil case found that Patrick Kelly shot Michael LaPorta.  What is more is that the jury also found that the troubled Chicago police department enabled Kelly’s violent behavior.  At trial, Patrick Kelly refused to answer questions, claiming a 5th Amendment right.   There is a pending criminal investigation into Kelly’s shooting of Michael.

“Because the jury found that the city has a widespread problem with disciplining officers and failed to maintain an early warning system, the City of Chicago is responsible for the $44.7 million award and the victim’s legal fees, which likely also will be millions of dollars.”

In April 2017, Patrick Kelly was taken off the streets when two investigations into his on and off-duty conduct were reopened.  He is on administrative desk duty and still retains police powers to carry a gun and make arrests.

The Chicago Tribune has more regarding investigations into Patrick Kelly’s behavior.