Know The Facts Before Embracing The Phrase Black Identity Extremists

Just a note; there are embedded links in this post and they should appear in blue.

White Supremacists, sovereign citizens are taking advantage of the Black Lives Matter movement to draw them into believing that hey are not fighting against a system that does not hold law enforcement accountable but rather, against the laws of the government — the nation itself.

While the majority of sovereign citizens do nothing more than paper terrorize the courts, there are some who believe in being armed and using them against members of law enforcement.  Since White sovereign citizens would like to encourage Blacks to do their dirty work for them, it is important to know and understand that not all people protesting against police brutality do so for the same reasons.

According to the University of North Carolina School of Government;

“Sovereign citizen” is a catchall phrase referring to a variety of anti-government individuals and groups who share some common beliefs and behaviors. The organizations to which many sovereign citizens belong have a variety of names: Moorish Nation, The Aware Group, Washitaw Nation, the North Carolina American Republic, Republic of United States of America, and so forth. The same views may be embraced by Freemen, Freemen on the Land, Sons of Liberty, and Aryan Nation. Many sovereign citizens may not affiliate with any of those groups.

In one way or another, though, all sovereign citizens, whether tied to an organization or not, adhere to a view that the existing American governmental structure, including the courts and law enforcement, is illegitimate and that they, the sovereign citizens, retain an individual common law identity exempting them from the authority of those fraudulent government institutions. “

What makes it difficult to distinguish legitimate complaints by citizens against the government from the complaints of sovereign citizens, is the adoption of the same phrases and words.  For example, a sovereign citizen might talk about corruption in law enforcement, and this can be construed as the subject of police brutality without accountability.  While movements such as Black Lives Matter want reform to resolve the issue of not holding law enforcement accountable, the argument of sovereign citizens is that law enforcement organizations are not legitimate — they are fraudulent and being fraudulent means they can be disobeyed and that you have the same authority, even to using deadly force.

Recently, the FBI’s counterterrorism division declared that Black Identity Extremists pose a growing threat of premeditated violence against law enforcement.  The Business Insider gives a description of the dangers that the FBI recognizes.

It’s rather strange.  There are people who readily adopt a phrase or term because the government has spoken against it.  With the current White House administration and Jeff Sessions as the country’s lead attorney, it is easy to counter against the FBI’s announcement by adopting “Black Identity Extremist” without a full understanding of what it means to those who originally coined the phrase.

Activists and Advocates for equality and against police brutality should not assume that they are Black Identity Extremists (BIE) and adopt that phrase.  This is why …

“Christian Identity” is a far-right Movement of anti-Semitic and bigoted racists who hold to a theology of hate. Among their beliefs is that the apocalypse will be a racial battle.

The word “identity” is believed to give the right to identify oneself in any manner to relinquish government authority/jurisdiction over their actions.  If you read no other embedded link in this post, please take time to read the Southern Poverty Law Center’s report at this link.

One theme that seems to overlap in all the divisions and branches of sovereign citizens, is the belief that man is self-governing and under common law.  That means that they believe that they are immune to legislated laws. We hear politicians use the term “common law” and the phrase “law and order” but what it means to the average citizen as opposed to those branches of Posse Comitatus are very different.

Back in July 2013, I wrote a blog post for 3chicspolitico about sovereign citizens, and how I recognized the dog whistles during the George Zimmerman case.  In that post, I wrote:

“Although sovereigns believe they are superior to Blacks and other minorities, they are not opposed to using them to accomplish their goals of challenging laws.  Used as sacrificial guinea pigs, they are encouraged to raise challenges in the courts.  For instance, actor Wesley Snipes was duped into using sovereign citizenship tax arguments.  He ended up sentenced to prison for tax evasion.  Had he been successful in the argument of sovereigns that federal taxes are unconstitutional, sovereigns would have taken advantage of that “win.”  If not, then it was just another Negro who was Negro rich going to prison.”

In 2008, I saw then that sovereign citizens and all of its branches were seeking to bring Blacks (which they refer to as 14th Amendment citizens) into the movement.  Through the years, they made those attempts on an individual basis but were unsuccessful, their Black recruits suffering the same legal consequences as their White counter-parts. 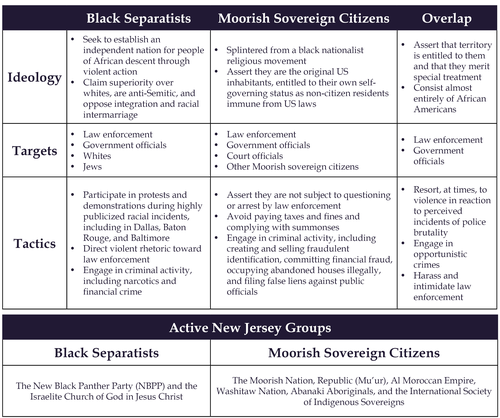 You might want to read an article published on Raw Story at this link.  Gavin Eugene Long, the man who killed three Baton Rouge police officers, declared himself to be a “sovereign citizen.”  That is “Black Identity Extremist”.

You might recognize the name Korryn Gaines, and you might also note that I did not write a blog post when she was killed by police officers.  When I watched her video of the traffic stop and heard her arguments, I immediately knew the ideologies that Korryn held against the government. I did start writing a post but I did not finish it.  In the wake of her using her 5-year old son as a shield while she held a shotgun on the police, and him being wounded when his mom was killed, I did not feel that the time was right to write about Korryn being a Black sovereign citizen, aka, free person, aka, Black Identity Extremist.

With “Black Identity Extremists” comes the idea that Blacks are not legitimate United States citizens and should reject being under the authority of the laws of the United States.  Listen to that carefully, because it’s the same 14th Amendment arguments of White sovereign citizens and some of their branches.  They want Blacks to admit that their citizenship is by contract with the United States. To render that contract void, they want Blacks to identify by race rather than by nationality.

Listen to that carefully again and consider the accusations that taking a knee during the playing/singing of the national anthem makes those doing so anti-American.   The president of the United States has expressed his opinion that those exercising their First Amendment rights should be punished for doing so in an act of termination.  The violation of constitutional rights has already begun under the guise that it’s okay because the people are not, or don’t want to be, citizens of the United States respecting the national anthem.

Those with White Supremacist ties and ideologies that have entered, (and some exited), the White House, have an agenda.  The days of vigilante justice, aka posse, aka raiders, will return giving any citizen authority to punish anti-American minorities with the blessings of the government.

There is so much more I can share about this, but will stop here.