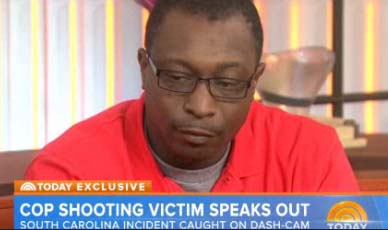 In the comment section of this blog on the post written by towerflower titled We Want His Badge, we discussed the shooting of Levar Jones in Columbia, South Carolina on September 4, 2014.

On September 4, 2014, State Trooper Sean Groubert pulled into a gas station behind Levar Jones for a seat-belt violation.  He asked Levar for his license. Levar reached into his vehicle to get his license and Groubert shot him 4 times.

Sean Groubert was terminated from his job, and charged with assault and battery of a high and aggravated nature.  The judge issued a $75,000 cash bond. Groubert remained in jail and in March 2016, he plead guilty.

The State reports that Groubert’s defense attorneys said that Groubert developed PTSD after an August 2012 car chase and shootout with a suspect. The disorder, which they say went undiagnosed, contributed to Groubert overreacting and shooting Levar Jones during the traffic stop in September 2014.

At his sentencing, prosecutors argued that while in jail, Groubert complained that black people in South Carolina “had a chip on their shoulder.” 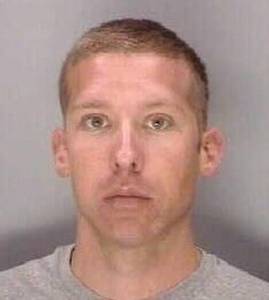 On August 15, 2017, an emotional Groubert was sentenced to 12 years.  He was given credit for the 17 months he spent he jail.  His sentence of 12 years will be suspended after serving 5 years and he will be placed on probation for 3 years.  If Groubert violates his probation, he will have to serve the balance of the full sentence.

“I screwed up, plain and simple,” Groubert told Jones directly in court. “I pray that one day you’ll be able to find peace with this and forgive me.”

Levar Jones asked the judge for the maximum penalty. “It took eight seconds to go from a traffic stop to an officer trying to kill me,” Jones told the judge.

After he  shot Levar, Groubert told his supervisor that Levar was “aggressive” and acting in a threatening manner.  The following video is Gruber’s version of what happened.  Dash cam video captured the incident and clearly contradicts Groubert’s version.

Levar Jones filed a civil suit against the State of South Carolina that was settled for the amount of $285,000.