Have you heard of 24-year-old John Hernandez?  What about Harris County Deputy Sheriff Chauna Thompson?

John Hernandez was at a Denny’s restaurant on May 28, 2017 in a town not far from Houston. Wait staff said he was celebrating his soccer team winning and was drunk, but he was not behaving belligerently.   Chauna Thompson was off-duty and had just left Denny’s with her husband, Terry Thompson, when John Hernandez came outside the restaurant and urinated while standing close to the Thompson’s vehicle.

Terry beat John who landed on the ground and then Terry proceeded to place John in a choke hold and got on John’s back.  Chauna, pinned down one of John’s arms.  His other armed was underneath him. On her knees, Chauna yelled at Hernandez to “stay the f— down.” Her husband said to Hernandez: “Do you want me to hit you again?”

John’s wife and daughter were inside of the restaurant as the confrontation was happening.  Hearing the commotion, they rushed outside. 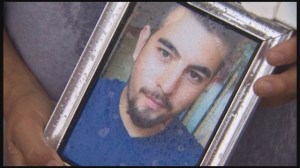 Melissa Trammell, a Denny’s employee, said she was standing next to John’s daughter and begged Terry Thompson to let go of John Hernandez. Hernandez “was kicking for his life, struggling. At first I thought it was legitimate,” Trammell told reporters after testifying before the grand jury. “He was just going to hold him down, whatever. When I seen the man turning purple, there was no letup. And [Thompson] looked me in my face and told me he’s not getting off him.”

After paramedics arrived, John Hernandez was rushed to the hospital.  Some witnesses say that it took paramedics 40 minutes to arrive.  John was brain dead, went into a coma and died three days later.

A by-stander filmed the incident.  He retained an attorney before turning the video over to the Sheriff’s office.

The Harris County medical examiner said John Hernandez died from a lack of oxygen to the brain caused by chest compression and strangulation. 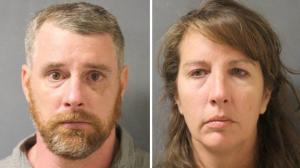 On June 8, 2017, the Thompson’s were indicted for murder.  At their first court appearance, Judge Kelli Johnson read them their rights. The couple will be given random urine tests and will not be allowed access to guns and they were ordered to have no contact with the victim’s family. They were released from jail after posting a $100k bond each.   Chauna was suspended without pay.

The sheriff’s office also announced that one sergeant at the scene was suspended for five days; one deputy was suspended for one day and put on probation for 30 days; and two other sergeants received letters detailing their need for counseling or additional training.

John’s family has filed a civil lawsuit against the Thompson’s seeking over $1million.

Deputy Charged In Deadly Denny’s Incident Has Been Fired.

This video was published on June 5, 2017 before the Thompson’s were charged.