Con Artists That Cheated Inmates And Their Families Are Now Inmates

This is one of those cases where after I read it, I was filled with numerous emotions.   I was saddened by knowing there are heartless people who take advantage of the vulnerable.  I was saddened that those financially and emotionally damaged will not recover their losses.   I felt despair because the perpetrators ran their scam for 7 years before they were brought to justice.  I felt anger that the perpetrators would use the federal judicial system to illegally enrich themselves.

I was frightened because based on the charges, had they not used mail and wire in conducting their activity, they might have gotten away with it unless the states where they operated found an appropriate charge.

“Sentencing reduction fraud schemes that prey on the desperation, vulnerability and trust of federal inmates and their families exploit both the victims and the justice system. Federal partners across the nation will continue to target such schemes and prosecute the offenders.”

That is one reason why I feel this case is important to write about; i.e., there might still be con artists conducting this crime.   The public needs to know about this. 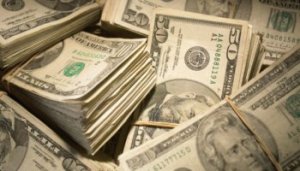 Imagine that you have a relative serving time in federal prison.  Along comes a company that promises they will get the sentence reduced by filing a Rule 35 Motion.  They require payment for their services.

As an average person who knows little to nothing about Federal Rules, would you know how to look it up?  Would you know about “standing” to understand the correct procedures?

In the Federal Rules of Criminal Procedure, Rule 35 allows the court to reduce a defendant’s sentence if the defendant is found to have provided substantial assistance in investigating or prosecuting another person.   ONLY GOVERNMENT PROSECUTORS CAN FILE SUCH A MOTION, AND THEY DO IT WITHOUT CHARGE.

Previously, Warrick and Bush pled guilty to wire and mail fraud conspiracy charges in connection with the scam they operated that targeted federal inmates and their families in Miami-Dade County and elsewhere.

In addition to their sentences for the Southern District of Florida matter, Warrick and Bush were also sentenced in a related case originally brought in the Eastern District of Texas, and subsequently transferred to Florida.

A third person was involved named Roland Bennett Shepherd, 32, of Houston, Texas, was sentenced to 28 months.  He pled guilty to a single charge of conspiracy to commit mail fraud and wire fraud in the scam.

The scam was run from 2009 through September 7, 2016.  The perpetrators held themselves out as owners and operators of Private Services, a company that reportedly worked with a network of informants and law enforcement personnel to identify and provide information and third party cooperation that could be credited to federal inmates in Rule 35 proceedings.

They used aliases such as “Peter Candlewood,” “Diane Lane,” and “Diane Rice,” targeting federal inmates and their families by phone, text, email, mail and in-person services.

According to the FBI’s Press Release, the perpetrators

“promised they could provide substantial assistance services which would be used to help secure the early release of the inmates. In return, the defendants required relatives of the federal inmates to make periodic payments via cash, check, wire, Western Union, and MoneyGram, in order for the third party cooperation process to supposedly begin. Overall, more than $4.4 million was paid to the defendants by at least twenty-two victims, several of whom addressed the Court during Warrick and Bush’s sentencing hearing.”

Warrick and Bush made fraudulent invoices and documents showing signed agreements between various U.S. Attorney offices with forged signatures of prosecutors.  Warrick, Bush and Shepherd used the money they scammed to purchase luxury cars, vacations, and for gambling.

← A Police Officer’s Response to the Killing of Philando Castile
A Science Fiction Love Story Movie That Isn’t →
%d bloggers like this: